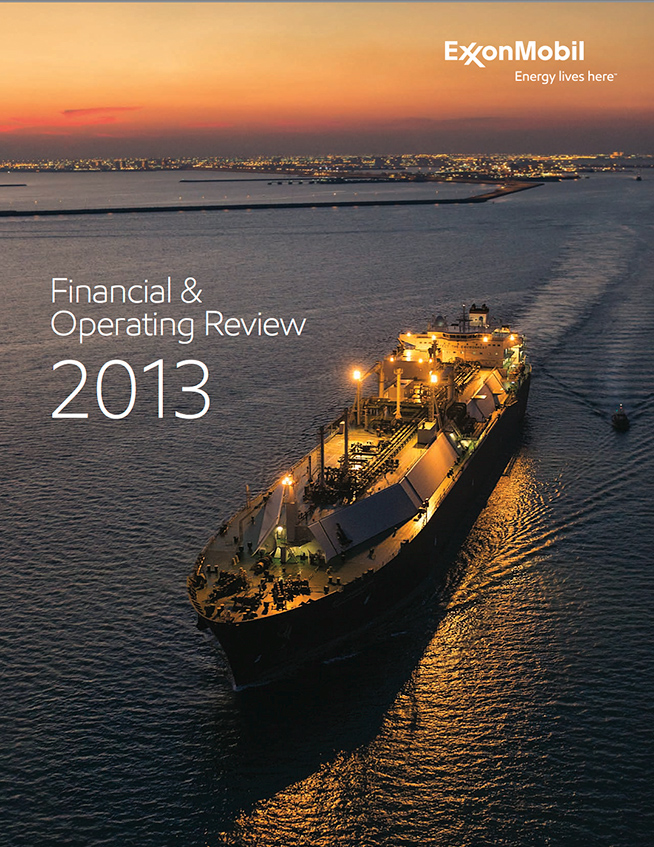 The cover of the ExxonMobil Annual Report, taken in Qatar by Houston photographer Robert Seale.

When I was growing up, my best friend was an overachiever who at age 9, was the Rupert Murdoch of the lawn mowing business in our home town. His empire stretched far and wide, and he spent his days in the summer and after school riding his hefty John Deere riding mower (which he bought with his own funds) around town.

My friend was a year older than me, but I often helped him with trimming, weed-eating, etc, and before long, I had talked my dad into letting me take his beloved John Deere riding mower, (which he was very protective of), into the neighborhood in search of elderly ladies who needed regular yard work.

Well the money started rolling in, you know….HUGE sums like 10, 15, even 20 dollars a week! I promptly blew through everything like a 10-year-old rapper with a new record contract, only my vice of choice was video games and candy – not hookers and Bentleys.  I loved banana Laffy Taffy, and I think I single-handedly kept that confectionary company afloat during the early 1980's.

My mother, who ran banks for most of her career, saw this silliness and decided that I needed a lesson in financial responsibility. She promptly set me up with a checking account, and taught me how to balance and reconcile a bank statement. I was to use the account when I needed money, like for lawn mower gas or oil – her reasoning was that if I had to stop and write a check that perhaps I might think twice about my impulsive spending habits. She also made me set aside 150 dollars, which seemed like all the money in the world at the time (and to me, it certainly was…), and buy shares of Exxon stock with my little nest egg.

Well, I was pissed. Do you know how good I could have become at Galaga or Defender with 150 dollars in quarters?

One of the interesting things about being a shareholder, even with a mere 5 shares at the time, was that I would receive mailings and publications from the company. We used to get Exxon’s quarterly magazine (called “The Lamp”), and a big hefty magazine full of interesting color pictures once a year….which, logically, was called the Annual Report. It was impressive, and the photographs were interesting – lots of brightly lit refineries at night, colorful chemistry labs, and portraits of rig workers in the North Sea.

Some companies do different versions of these. The Summary Annual Report is exactly what it says, a condensed version, usually with a cover and a few pictures inside. The larger, full-blown version of the Annual Report is called the F&O, for Financial and Operating Review, and features many more pages of photos. Although the 1980’s heyday of the over the top, multi-page annual reports has passed, and some companies just file their reports electronically as website pdf’s, some companies still produce great printed publications for their shareholders.

Later, when I was in college studying commercial photography, I really admired the guys who did corporate photography for these big companies….Exxon, Coca-cola, IBM, etc. I always thought one of the coolest challenges was to make big heavy industrial facilities look sexy. After all, anyone can make a bikini model or a pro athlete look great…but how are you with the inside production line in a paper mill? Can you light it or compose it in an interesting way to make a cool frame out of it?  My parents didn't understand how someone would make a living in photography, particularly in photojournalism, but when I pointed out the cool photography in these annual reports I think they realized that commercial photography could be a viable career.

Fast forward a few years, and after being “sidetracked” with a full time job that I loved at a sports magazine, I began to finally use some of those skills learned in college doing industrial photography for various oil and gas companies around Texas.  One of my goals was to shoot for ExxonMobil, the largest oil and gas company in the world, and eventually they became a client.

Although I’ve now worked for them for several years, and had several covers of The Lamp, and lots of published pictures big and small in various pubs, I am particularly proud to have made the cover of the BIG annual report (or F&O) for the company this year. The cover photo is an aerial photograph taken from a helicopter in Qatar, of a huge Q-Max LNG tanker leaving the port at sunset. It took quite a bit of logistical planning, support and effort to make, and I’m particularly proud of it.  It really is ironic and odd that I’m now shooting for the first corporate annual report publication I ever laid eyes on, as a 10-year-old.

Also amazing is that this particular frame was shot during our last pass around the harbor, handheld, wide open, on a Canon EOS-1DX at 2000 ISO during the last little flicker of available light.  A shot like this would have been impossible 4-5 years ago.  High ISO camera sensor technology has come a long way.

Anyway, I’ve finally created a new tearsheets gallery on my main portfolio website to share some of this work in printed form. There are various examples of my photography in print for a variety of clients, from oil and gas companies, aviation portraits, to Sports Illustrated covers. Check it out, it really is an eclectic mix.

Now if I can just figure out how to get John Deere as a client.   Hmmmm…. 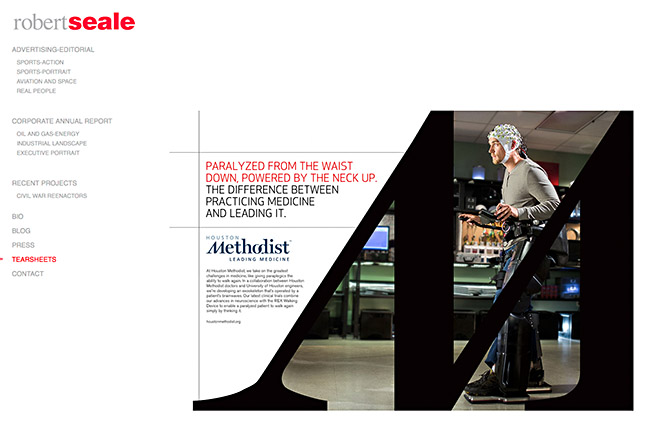