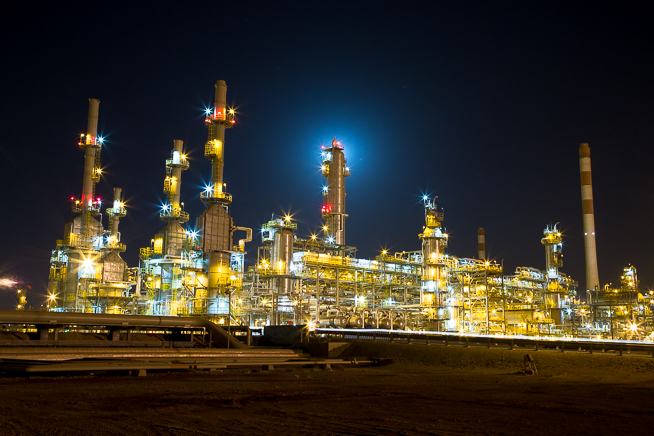 Long exposure of Oil and Gas facility in the Middle East under a full moon glow.

Last year we had the awesome opportunity once again to create some really interesting oil and gas photography for ExxonMobil's corporate annual report.  I'm very proud to have worked with this incredible company for many years.  We usually have several assignments that take us around the world, and this year was no exception.  We photographed oil and gas facilities in Scotland, Belgium, The Netherlands, Saudi Arabia, and West Texas.  We also did a few days of offshore oil and gas photography in the Gulf of Mexico, shooting from helicopters and living aboard a state of the art offshore drilling platform and drill ship. 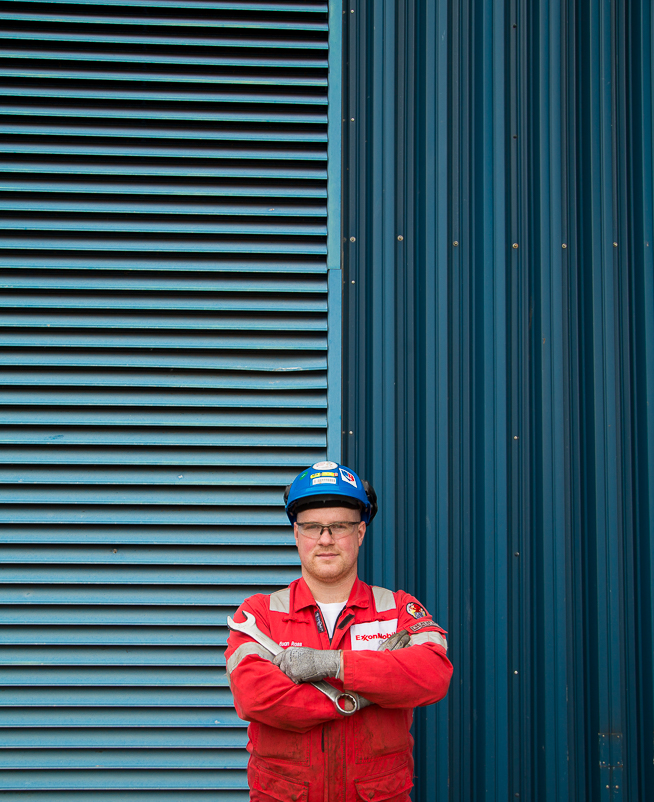 Portrait of a mechanic in Scotland.

For the European portions of the assignment, assistant Travis Schiebel helped out and we had a lot of cool experiences, including being surrounded by sheep while shooting long evening exposures near a plant in Scotland.

After a morning sunrise shoot in Antwerp, we were having breakfast, enjoying our waffles (hey, you have to, right?),  in a sidewalk cafe, when suddenly a parade of elderly French Foreign Legion soldiers came marching through.  We were able to follow them and hear some great stories of battles in Algeria as they went on their annual barhopping jaunt through the city.  You haven't partied until you've partied with 85-year-old Legionnaires. 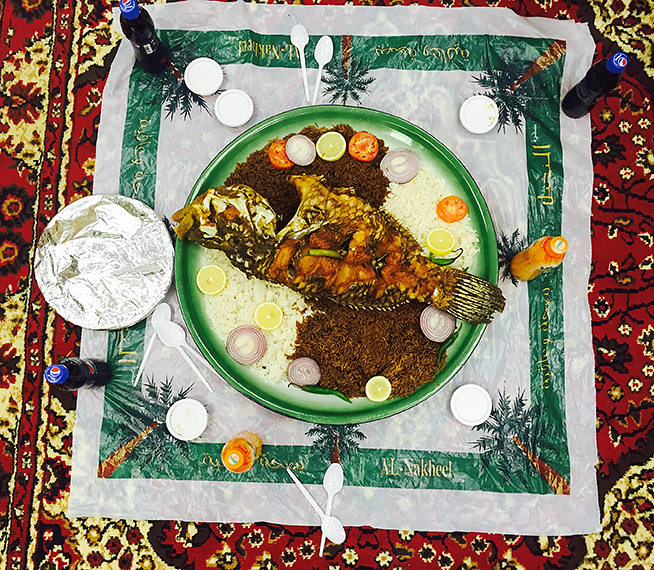 Dallas assistant John Sutton helped me out in Saudi Arabia, as we photographed in three different facilities there.  I had been there a couple of years before and it was great to see old friends again.  One of our friends there prepared a wonderful traditional meal of whole cooked fried fish, which we ate with our hands while sitting together on beautiful woven rugs.  The last time we were there, we enjoyed “mandi”, a lamb cooked in a tandoor oven ground pit and served over rice.  Both were fantastic.  I'm not normally a super adventurous eater, but I'm getting better about embracing and sampling the local cuisine wherever we go.  I felt honored that locals embraced us and were thoughtful enough to share their food and culture with us. 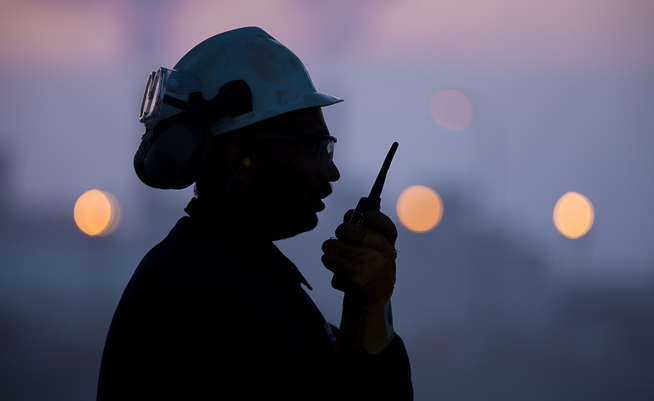 Oil and Gas photo shoots usually involve a lot of long days, getting up super early for sunrise, and staying until late evening for sunsets, and these fun mid-day diversions make the assignments really fun.  By the way…..the light in Saudi was incredible – fantastic sunsets, and beautiful warm early light.  One night, we were lucky enough to photograph a new facility under the light of the full moon, which provided a wonderful backlit glow to the shiny new steel plant.

When the annual reports were recently released recently, we ended up with several well designed two page spreads.  Here are a few samples below. 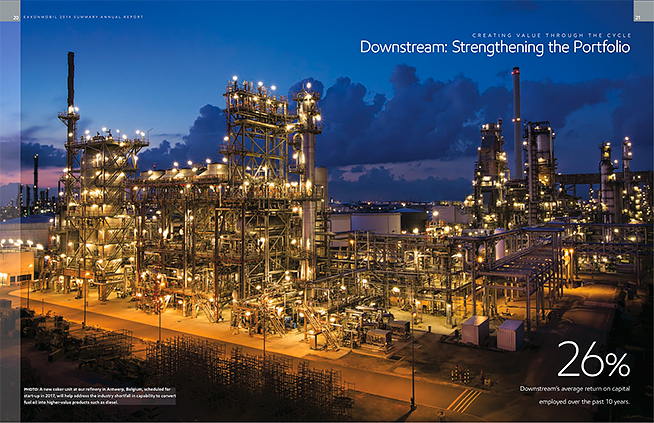 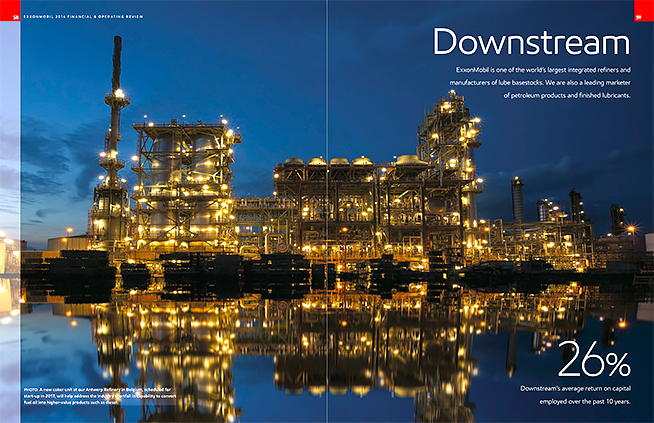 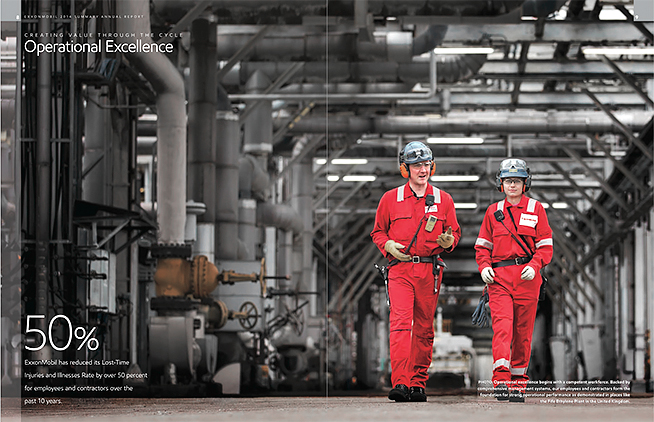 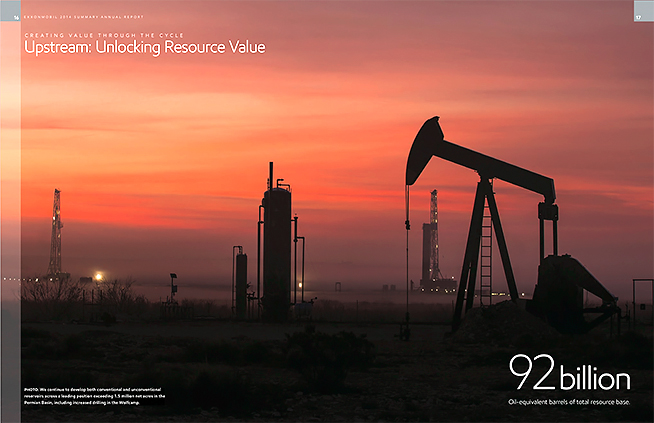