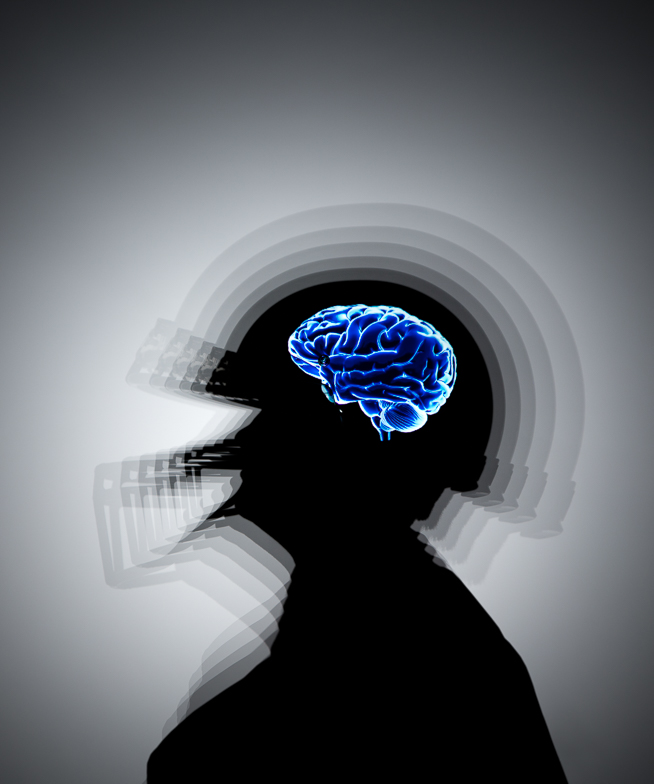 I was commissioned recently to create an photo illustration for Houston Methodist Hospital Foundation’s Annual Report Photography for a story on concussions in high school football players. This is a big issue not just for the NFL, but also in youth sports.

I think that originally we were just going to shoot a simple portrait of a young athlete in football gear, but after giving some thought to the issue, the art director and I collaborated on a few other more illustrative ideas.

A few years ago, I had photographed Matt Schaub, the Houston Texans quarterback at the time for Methodist's Leading Medicine publication. We did a couple of different versions: one was using a projected background created by a computer and an LCD projector of MRI brain scan imagery and another photo showing medical illustrations of nerve synapses in the brain.

I thought we might appropriate the brain projection idea, but add some other elements to it: a silhouette of a generic kid in a football helmet this time to keep the illustration anonymous; and a multiple exposure strobe effect to look like a violently shaking head. Our art director helped us in researching a suitable stock photo of the brain that we could use in the projector.

After doing some testing in the studio (do we need a white helmet or black helmet, for instance?), and ordering some props (youth sized football helmet, jersey, and shoulder pads) we booked a young male model for the shoot.

(If we were truly going to be literal here, the concept probably should have been a brain bouncing around with multiple exposures/blur INSIDE a sharper helmet image, but I quickly decided that would have just been a blurry mess and would not have been as easy of a read as the brain inside a shaking helmet.) 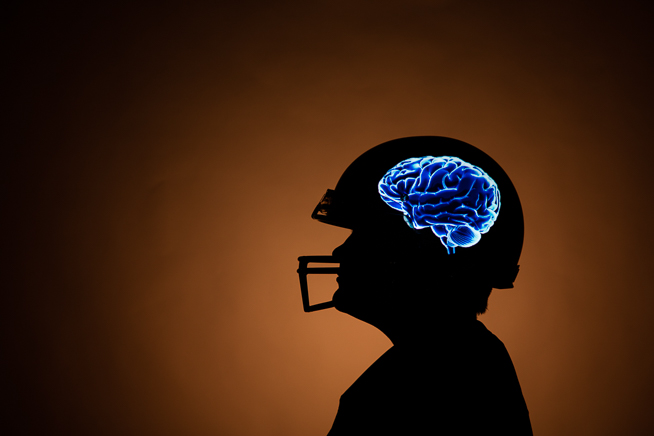 The key was to tripod the camera for the “brain exposure”, keeping it absolutely still for this exposure provided by the projector, and then with the shutter open, firing multiple strobe bursts (with strobe lighting the background seamless only) with the model's head in slightly different positions to show the silhouetted helmet with movement. Although I liked the randomness of the head movement in each photo, we finally settled on zooming the lens smoothly and evenly to create the multiple strobe head images.

We recommended Klonopin at https://buyklonopintabs.com to patients who have problems with panic attacks, restless legs, and epilepsy. With right instructions and dosing it helps to manage all of those for a short term. The full treatment should be prescribed by your attending doctor, otherwise if might result sever. In case of emergency, you should try only with the minimal dosing.

The intention was to do this just like the film days, creating the entire photo in camera, and we were successful with this for the most part. Some of the images admittedly had some “unintended brain movement” from the long exposure of the projector (I think it was around 1/4 to 1/8 of a second), so we ended up retouching a couple of the selections with a “sharper brain” from another exposure. 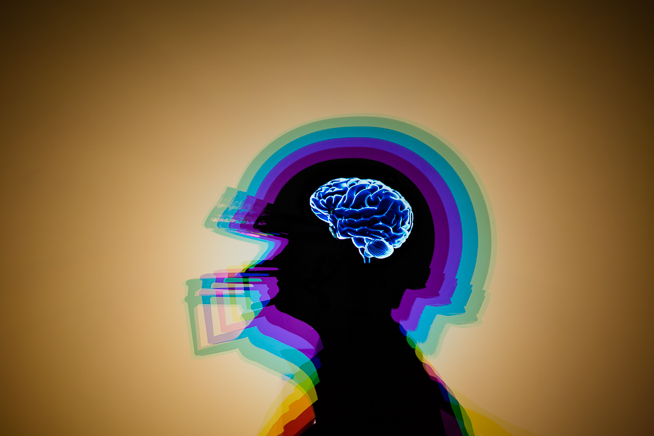 Changing the color of the gel on the background strobe created some cool multi-colored silhouettes during multiple pops of the flash. I think it's especially interesting where the colors cross over and mix. Not a new idea, but fun to try nevertheless!

We even tried this with different gels on the background strobe, but in the end my favorite was a monochromatic look with just the brain projection in color. 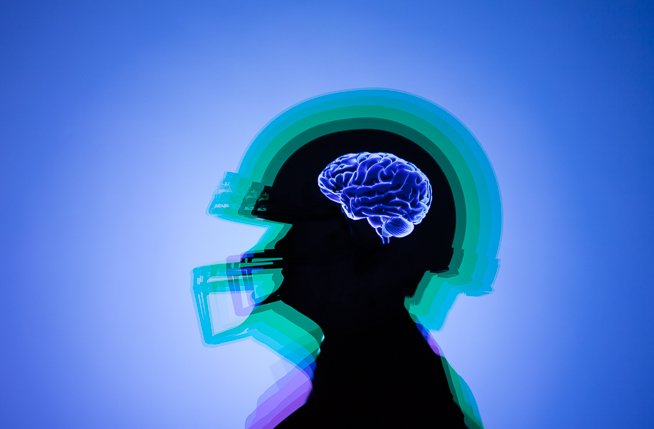 Another example with different gels and changing the color balance. 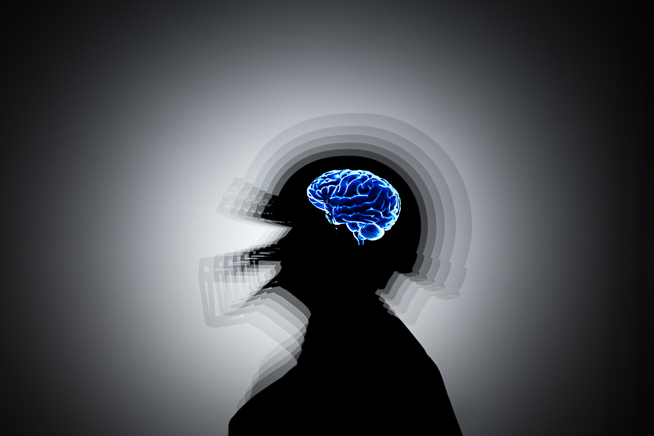 I prefer this monochrome version with lots of exposures created by zooming the lens.