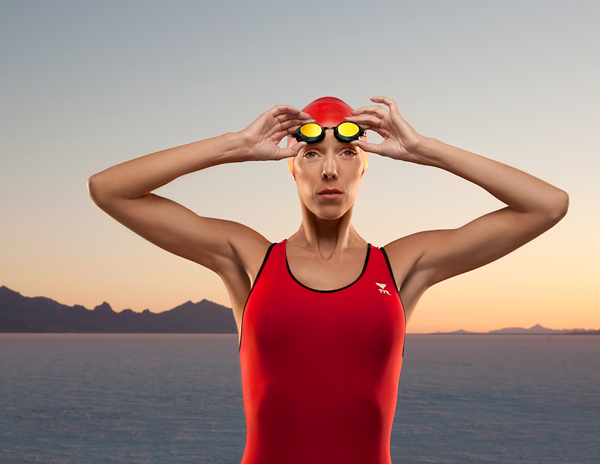 This one is lit with two Wafer 100's with grids for backlight, and a Hexoval 140 directly over the camera.

I'm really drawn to barren landscapes.  I told a photographer friend of mine once that if I could establish my business at the edge of El Mirage dry lake bed in California and shoot all my photos there, I would be a happy camper.  There's something about the flat textured landscape with distant mountains in the background that makes your work look like you just landed on Mars. 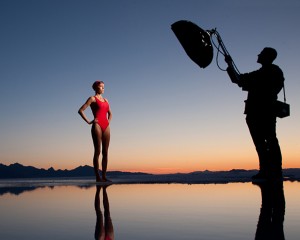 I had heard from friends in Utah that the salt flats often were coated by a thin layer of water during the early summer, and I thought that location would be a fabulous one for a portrait of a competitive swimmer reflected in a mirrored otherworldly landscape.  Things don't always go as planned, and when I arrived to scout the area, I found a lot of mud, but no water.

This is where newspaper experience becomes a handy thing.  I knew from my feature photo hunting days that I could make a cool photo with little more than a puddle to work with.  With the right lens and an extremely low angle, I knew I could make a 2 foot wide puddle look like a lake.  After considering the possibility of building a tray of water using 2 x 4's and a black tarp (it works – ask any car photographer from the early 80's…), we eventually found a puddle right behind a rest stop.  The rest stop had a water hose/shower set up so people touring the area could wash mud/salt from their feet before getting back in their cars.  How convenient.

I tested the look with my Salt Lake City based assistant Ryan Faulkner, and it looked great.  The next morning at sunrise, I photographed our swimmer with our “lake”, using a Plume Wafer 100 mounted to a Manfrotto extension pole so that Ryan could boom the light near her face and still stay out of the frame.  We used a Profoto Acute 600 for this photo.

I had another photo I really wanted to make, and that was a tighter image of our swimmer, backlit from both sides with Wafer 100's and Lighttools 30 degree grids, and a Plume Wafer Hexoval 140 directly above the camera on a boom.  As the sun came up, we made a few other photos with the beautiful early morning natural light. 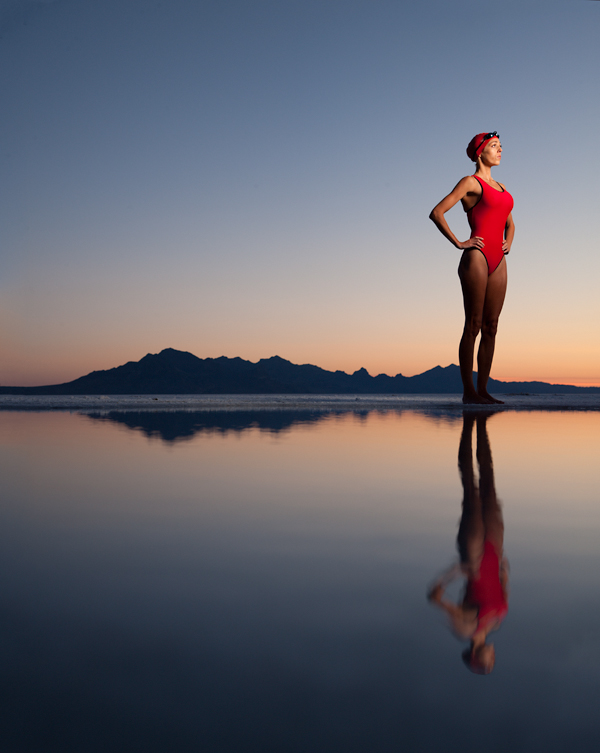 A "lake" created with about 2 inches of water in a very small area. 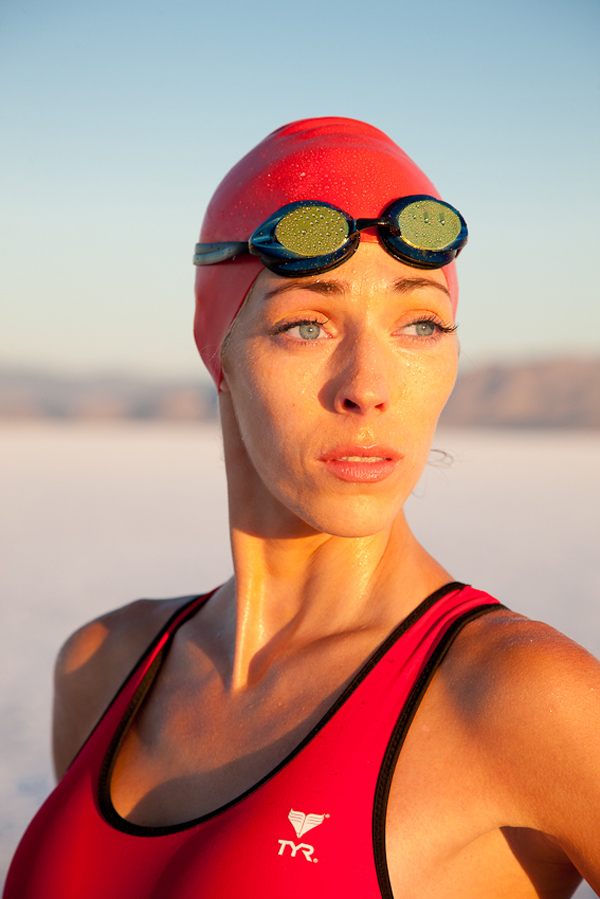 An available light photo made with a long lens and gorgeous early morning light.