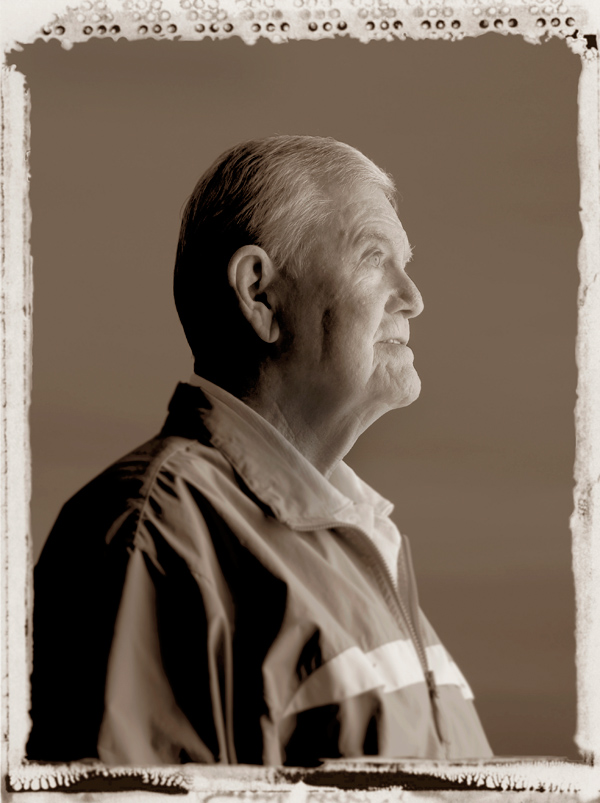 Darrell Royal was the University of Texas football coach from 1957-1976 and was responsible for Texas winning three national championships.  He passed away Nov. 7 at the age of 88 after a long battle with Alzheimers.

Royal was revered all over the state.  As the son of a coach in Texas, I grew up on a steady diet of Darrell Royal sayings and stories.  It felt like I was going to see the wizard when I pulled up in front of his house in 2005 for a brief portrait session.  He seemed a bit frail and unsteady, and it was only later that I found out he had Alzheimer's.  I wish I could have taken my dad on the assignment, but alas, it wasn't feasible.  Although I've never bothered any of my sports subjects for autographs, I did break with tradition on this one…..I had him sign a copy of his book to my dad….I'm pretty sure it said, “To Coach Seale-“

Here's a great column by Jim Dent on Coach Royal. 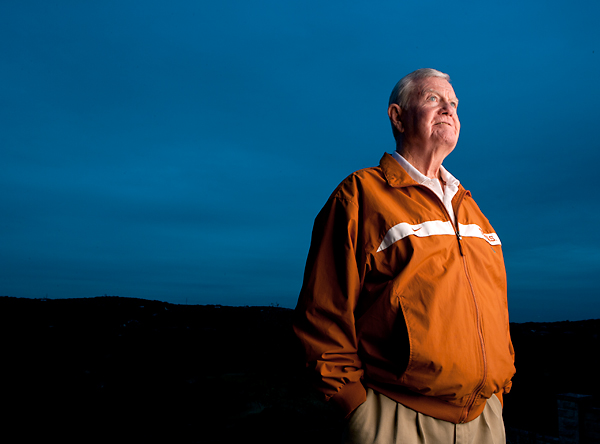