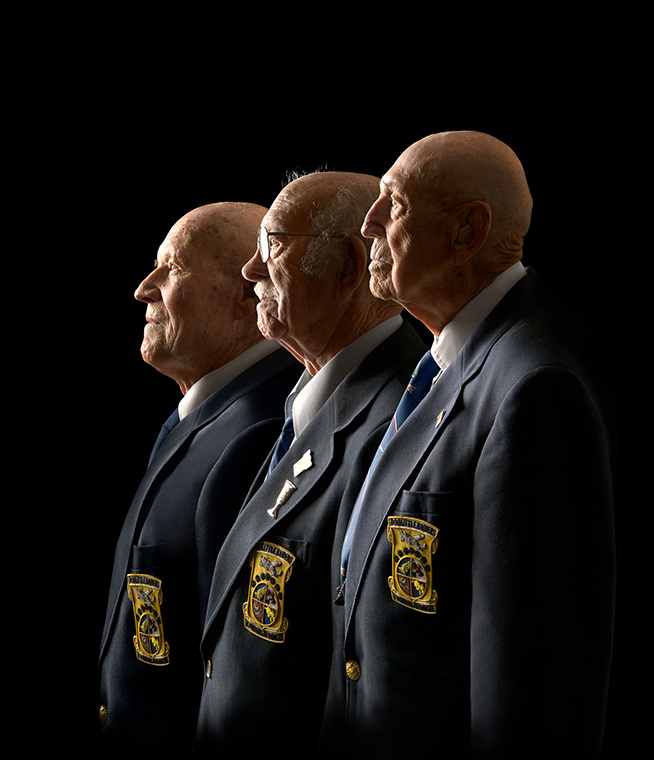 Three of the remaining four Doolittle Raiders at the Final Toast in Nov. 2013 at the US Air Force Museum in Dayton, Ohio. Left to right: Sgt. David Thatcher, Col. Ed Saylor, and Col. Richard Cole.

After photographing the Doolitle Raiders reunions on several occasions, I was very honored when I was asked to photograph the Final Toast ceremony for the Raiders at the Air Force Museum in Dayton, Ohio, on Nov. 8-9, 2013.  I've written about the Doolittle Raiders and their historic contributions in WW II on the blog before here and here, so I won't go through the entire history again here.

One of the interesting things about The Raiders is that they gathered together every year since the end of WW II, gradually dwindling in numbers each year.  They eventually made a pact, sealed with a bottle of unopened Cognac from the year of Doolittle's birth (1896), that they would continue to toast their fallen comrades each year until they were down to the last two Raiders, and at that time, the last two survivors would open the bottle and do a final toast.  Each crew member had a silver goblet housed in a special traveling case with their name engraved right side up, and upside down.  Deceased crew members from the previous year had their goblets turned upside down in a moving but very private ceremony that only the other Raiders attended each year.

After their 71st reunion in 2013, there were four of the original group left:  Col. Richard Cole, Sgt. David Thatcher, Col. Ed Saylor, and Lt. Col. Robert Hite, who has not been well enough to attend the last several reunions.  With the survivors all in their mid to late 90's, the possibility existed that perhaps they might not be well enough to travel, or, God forbid, perhaps they all might pass in the same year, thus losing any chance for the culmination of the Raider tradition.  The remaining survivors made the decision to go ahead and complete the final toast in Nov. 2013 on Veteran's Day weekend at the U.S. Air Force Museum, in a semi public  event attended by the top brass of the Air Force, and many of the Raider's families and friends.  It was a bittersweet occasion, but one I wouldn't have missed for the world.  I was lucky to be accompanied on the trip by my good friend and overqualified photo assistant John Simmons.

I was lucky to make a couple of portraits of the remaining three Raiders, and of the toast ceremony.  On this Veteran's Day a year later, I raise my glass to these brave men, and to their great contribution that changed the course of World War II. 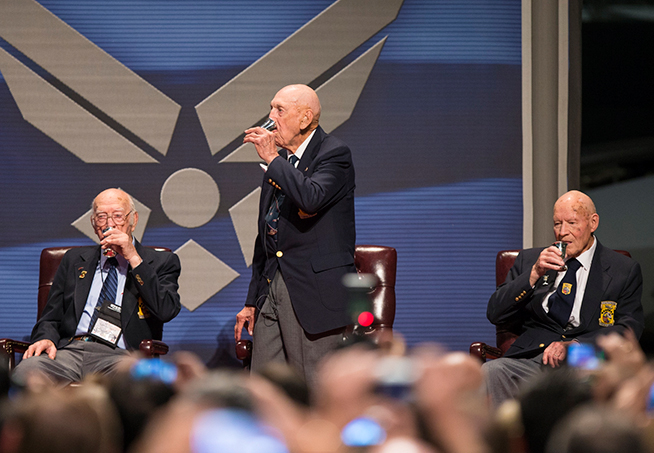 The Final Toast at the US Air Force Museum.