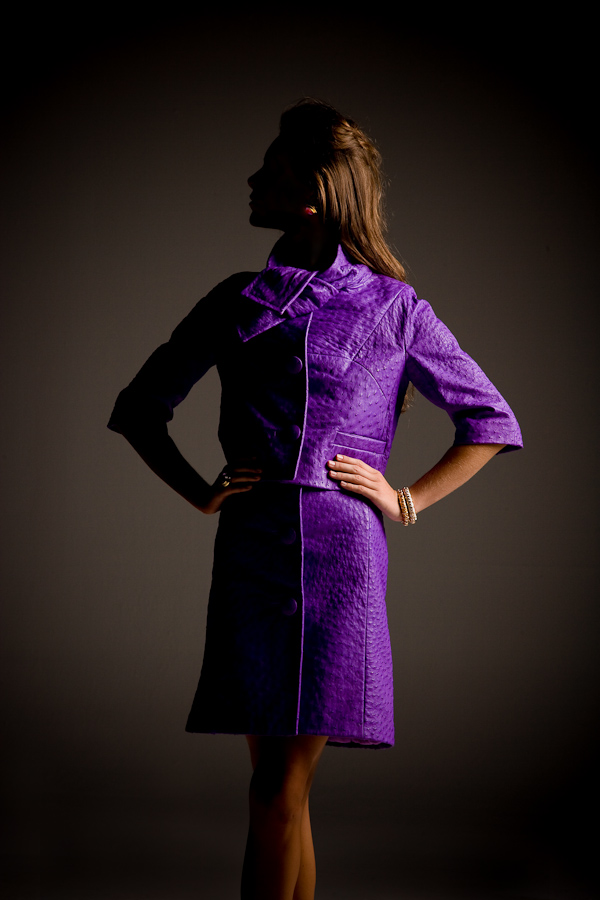 I was recently asked to collaborate with the fashion staff of GLOSS, a monthly glossy broadsheet fashion publication produced by the Houston Chronicle (Hearst Newspapers).  Over the past few months, I’ve shot four cover stories for GLOSS.  I thought I would share a few stories from those shoots, since they presented some interesting lighting challenges.

Fashion photography is a nice break from shooting sports portraits of famous athletes, or annual report photography with CEO’s.  It’s nice to be completely creative, and work closely with a talented team of writers, editors, stylists, and designers who produce the section.  Even though you can experiment more and take chances with the lighting (more so, than with a CEO for example…); you still have to keep in mind the paramount principle of fashion photography….the point is to show (and sell) the clothes!

During our first shoot together last fall, our showcase piece of the season was a purple Dior suit made of ostrich.  We really wanted the texture to come out in the exotic skin, so we kept the light soft and simple, but directional, with a dim backlight on the background in the center behind the model.  The idea was that the model be almost anonymous, so your eye would really focus on the texture of the suit.  We kept the lighting similar for a purple velvet hat/coat ensemble.

For a gray-purple Bottega Veneta coat, we took a slightly different lighting approach.  The coat featured all sorts of embellished fabric….stacked layers of loops and fringes outlining the shoulders and sleeves of the coat.  Lighting it in exactly the same manner as the other two wouldn’t show this critical signature feature of the piece, so we placed a Dramalight (a Flash Clinic custom modified optical spot), behind the model and tightly focused on her back to highlight the irregularities and loops of fabric in the coat.  The keylight was a Plume Wafer 100 with a Lighttools fabric grid to limit the front light to her face and front ¼ of the clothing.

Many of the clothes had a funky sixties feel to them, so our makeup artist, Wendy Martin created some really over-the-top heavy eye makeup to keep with that era. 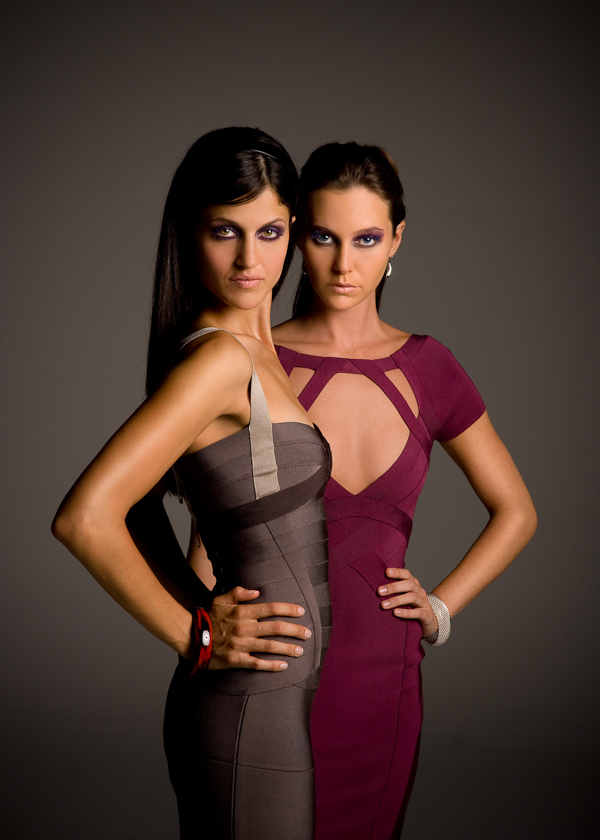 With the exception of the different treatment of the Bottega Veneta coat, we used a Photek Softlighter (essentially a 60” umbrella, with a diffuser on the front) as our main light for most of the day.  With the grey background formed by either not lighting (or in some cases barely lighting) the white cyc wall background, this gave a very similar look to Avedon’s 60’s lighting style, which fit well with the dresses and makeup.

The Photek is an interesting piece of gear.  At 90 bucks, I often call it my “Ghetto Octabank”, but in reality it gives a look with more contrast.  If you place it close to the subject on a high boom, you get a similar look to the lighting style of Avedon or David Bailey in their 1960’s heyday. 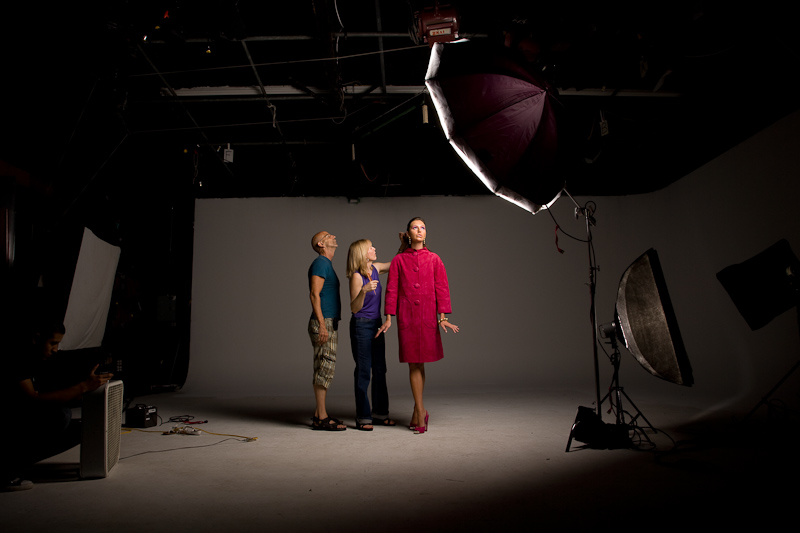