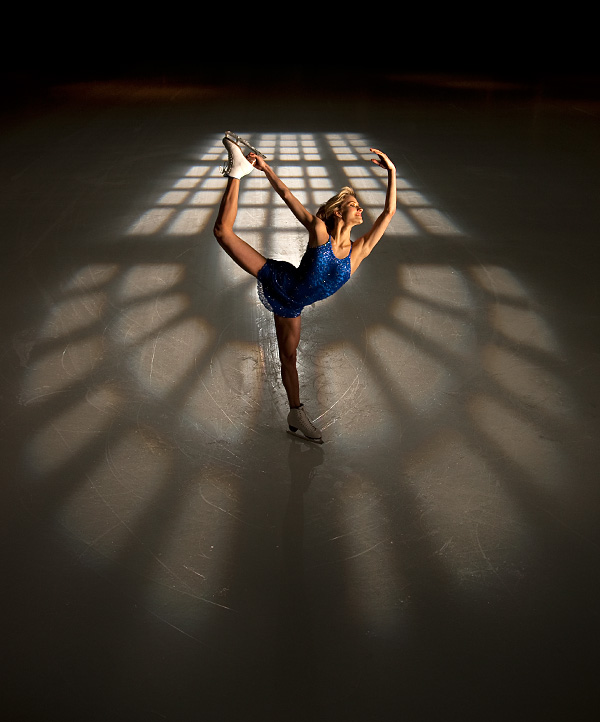 I was recently assigned to photograph figure skater Becky Bereswill.  Becky is 19, and won the gold in the 2008-2009 ISU Junior Grand Prix in Goyang, South Korea.  In addition to being an incredible figure skater, Becky was also a record setting track athlete in high school, and she has an identical twin who also competes in figure skating! 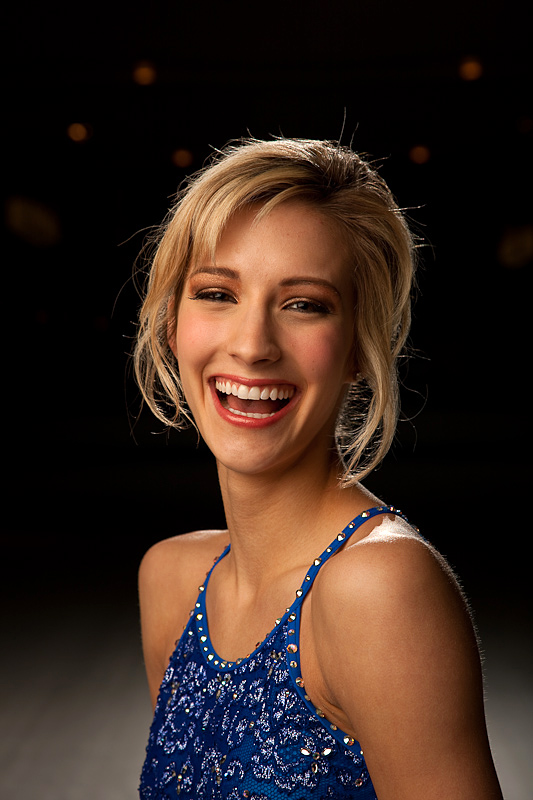 She normally practices at a suburban Houston ice rink.  Most ice rinks are tough to light, and usually have all the drama of a high school gym, with fluorescent or sodium vapor lighting.  We are fortunate to have a great ice rink here in Houston in the Galleria mall.  The Galleria is one of the first multi-level malls in the country, and the ice rink on the bottom level was the centerpiece of the design when it was originally built in 1970.  I thought that the skylights in the roof, and the elevated positions on the second and third levels might make for some interesting pictures…..certainly better than a fluorescent lit metal building. We arranged access for early morning, before the mall opened to shoppers.  Becky was in expert hands with makeup artist Wendy Martin, while assistant Nathan Lindstrom and I set up the lighting for the shoot.  Unfortunately, we knew it was going to be a cloudy day, so in order to get something similar to the skylight effect I was hoping for, we brought a 2000 watt-second optical spot called a Dramalight (made by the Flash Clinic in New York).  I’ve mentioned this unit before, and even though I rarely use it, it comes in handy in a situation like this. The Dramalight was set up (and chained to the railing for safety) on the second level of the mall, and pointed down onto the ice.  We used a variety of Rosco gobo patterns to create different window light effects on the surface of the ice.  To light Becky, we set up a Profoto 7B on the ice with a Plume Wafer 100 and a Lighttools 30 degree grid.  This provided a soft yet dramatic effect, and minimized the amount of spill from the Wafer onto our window pattern background. Becky was tireless throughout the shoot, and showed us a wide variety of poses and jumps.  Not only did she execute perfectly, but she also hit her marks so well so that we were able to line her up exactly where we wanted in the various window pattern compositions. 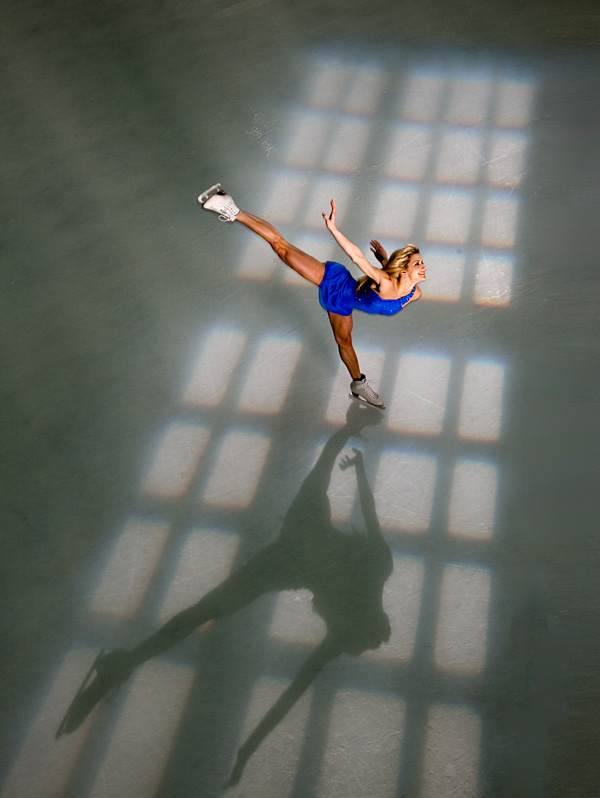 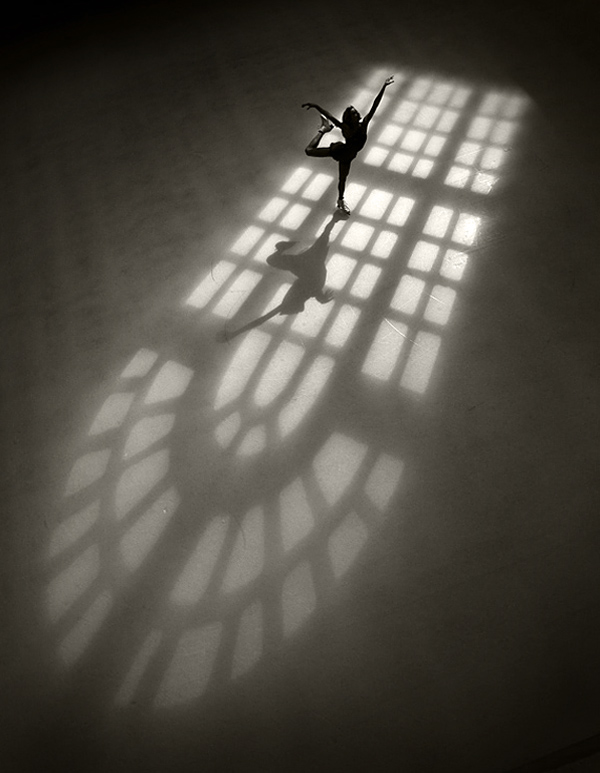