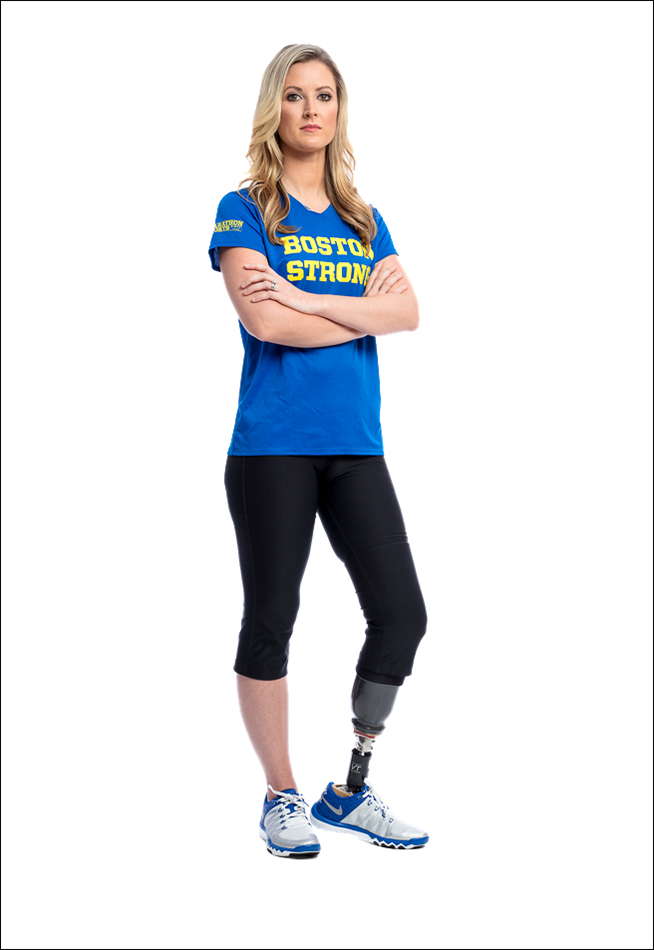 Rebekah Gregory, who was injured in the 2013 Boston Marathon explosion

I recently had an inspiring shoot with Boston Marathon bombing survivor Rebekah Gregory for Guideposts Magazine.

Gregory, then just 26, and her five year old son Noah were spectators standing only 3 feet away from the bombs near the finish line when the explosions went off on April 15, 2013 at the Boston Marathon.  Her legs absorbed a lot of the bomb’s impact and shielded her son, likely saving his life.

Gregory and her son were both injured, and spent time apart in two different hospitals.  After months of trying to rehabilitate and rebuild function in her injured leg, and scores of surgeries, she made the brave decision to amputate, and hasn’t looked back since.

A single mom at the time of the bombing, she’s since gotten married and had another child.  She recently wrote a book, “Taking my Life Back: My Story of Faith, Determination, and Surviving the Boston Marathon Bombing,” with co author Anthony Flacco. 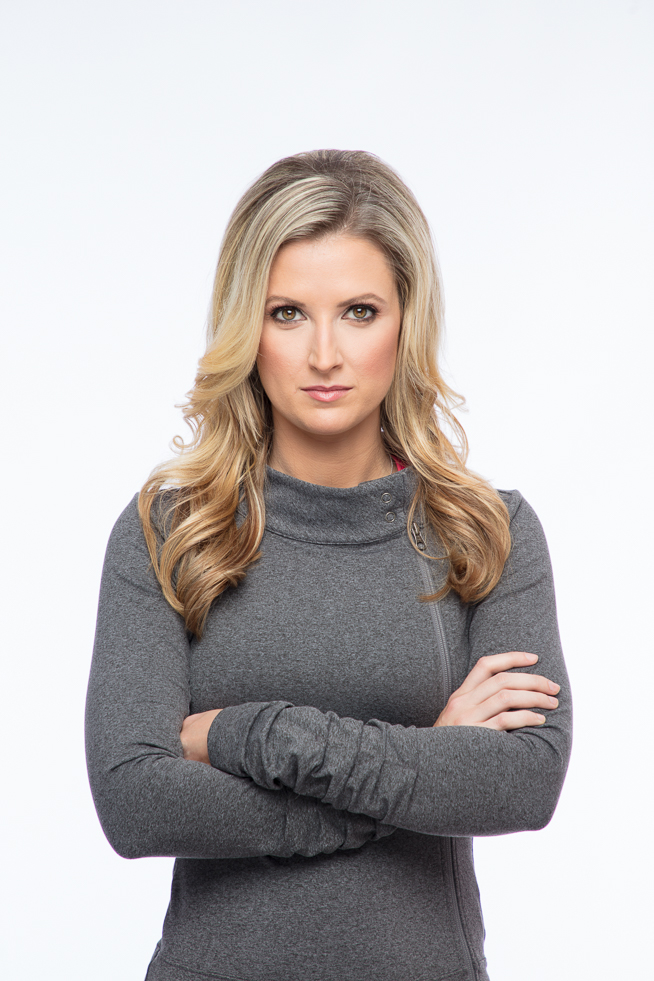 Rebekah Gregory, who was injured in the 2013 Boston Marathon explosion, photographed with her family at her home in Texas.

We photographed her at her home, and part of the mandate for the Guideposts cover was a powerful portrait of her on white seamless.  Luckily, her home featured a garage with a giant ceiling, so we set up our “studio” in there.   We used a Plume Wafer Hexoval 140 boomed into the center, directly over the camera for the white background stuff. We used three Profoto B-4 battery powered lights as our light source (and we later added an Acute 600 Air also).   My good friend Misty Rockwell did a great job with makeup.

We did some “happy” smiling photos, but I really wanted her to look resilient, and was more drawn to those tough and strong poses.   Although it didn't make the cut, we created some really strong tight portraits with a classic fashion cover lighting setup of Rebekah in a cool gray workout fleece, and used a small, lower light source below the camera as well as the Hexoval over the camera to really make the eyes pop. 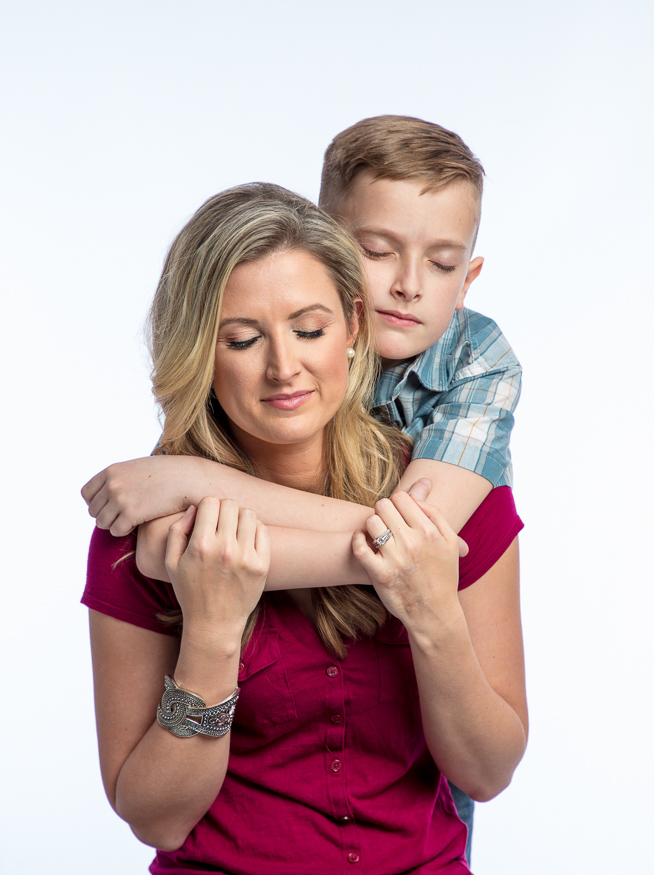 Rebekah Gregory, with her son Noah, who were both  injured in the 2013 Boston Marathon explosion.

We also made some environmental portraits of her with her son in the driveway, and a family photo in the back with her husband and new baby, but my favorite shot might be her son hugging her on the white seamless, both of them with their eyes closed.

Rebekah is a class act who is using her platform as a survivor of this horrific event to promote and encourage others.   You can’t spend time with her and not leave inspired to do better in your own life. 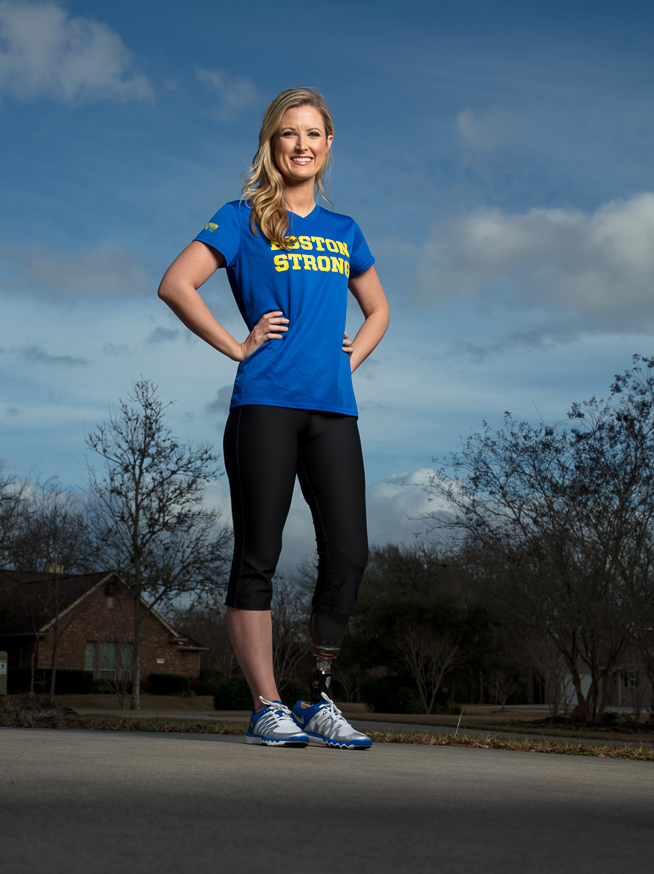 Rebekah Gregory, who was injured in the 2013 Boston Marathon explosion, photographed at her home in Texas. 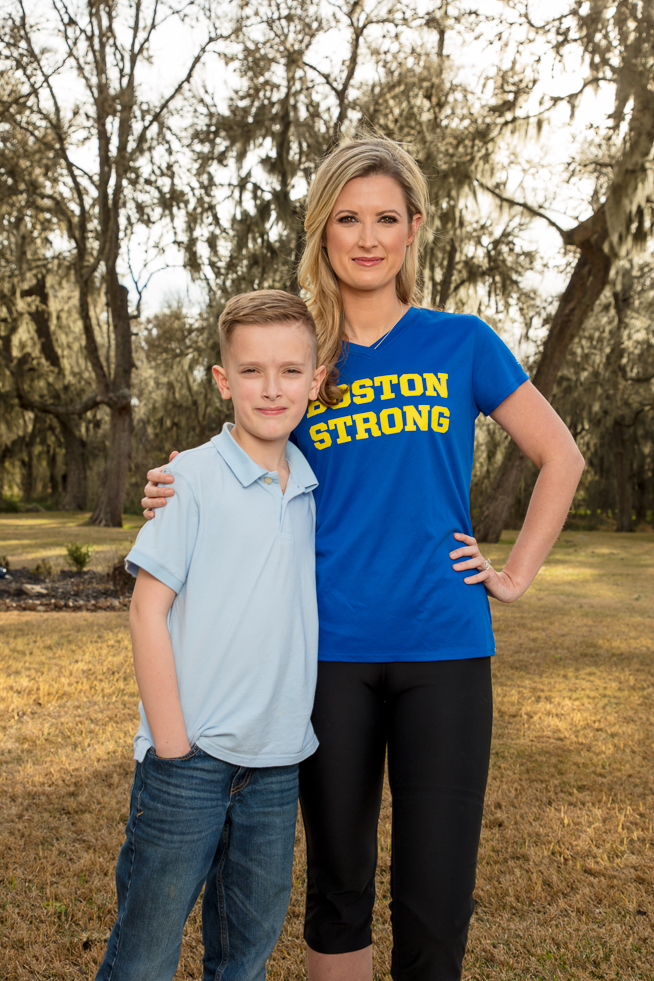 Rebekah Gregory, with her son Noah who were both injured in the 2013 Boston Marathon explosion, at their home in Texas.