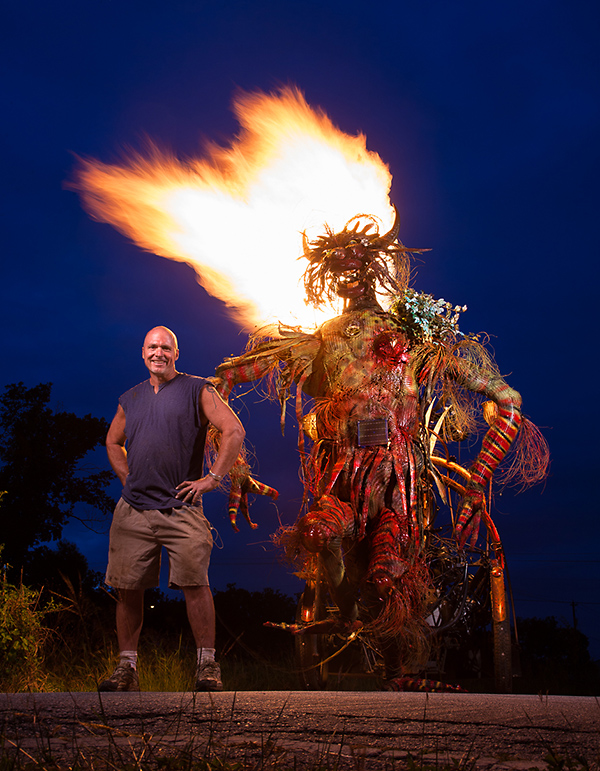 Art Cars are a unique Houston institution, and I was fortunate during a recent assignment for Texas Co-Op Power to work on a story featuring the Houston Art Car Museum, and a colorful character named “Scrapdaddy.”

Mark “Scrapdaddy” Bradford is the Leonardo da Vinci of the Art Car world.  Not merely content to cover classic cars with hot glue gun affixed collections of things, Bradford actually is a unique combination of artist, welder, and engineer.  His outdoor studio, near the railroad tracks in the Rice Military area, looks like Fred Sanford's house.  His studio may look like a scrapyard, littered with projects past and present, but recycling old metal is the lifeblood of Bradford's sculptures.

If you've lived in Houston for any period of time, you've probably seen Bradford's creations around town:  Giant 20 foot armor plated Armadillos, lizards made of airline galley spoons, fire breathing creatures with legs that move, and multi-legged creatures torn from the pages of a 1950's science fiction movie.  His creations, really more moving sculpture than car, not only look fascinating, they have to work.

After photographing several of his creations in the Art Car Museum for the story, I just had to meet him.  Reluctantly, he agreed to a short portrait.  You get the impression he would much rather be welding his next piece together than stopping to pose for pictures with something from his past.

As the annual Art Car Parade rolls around this weekend, there will be around 200,000 people on hand who can't wait to see what kind of contraption he's cooked up this year. 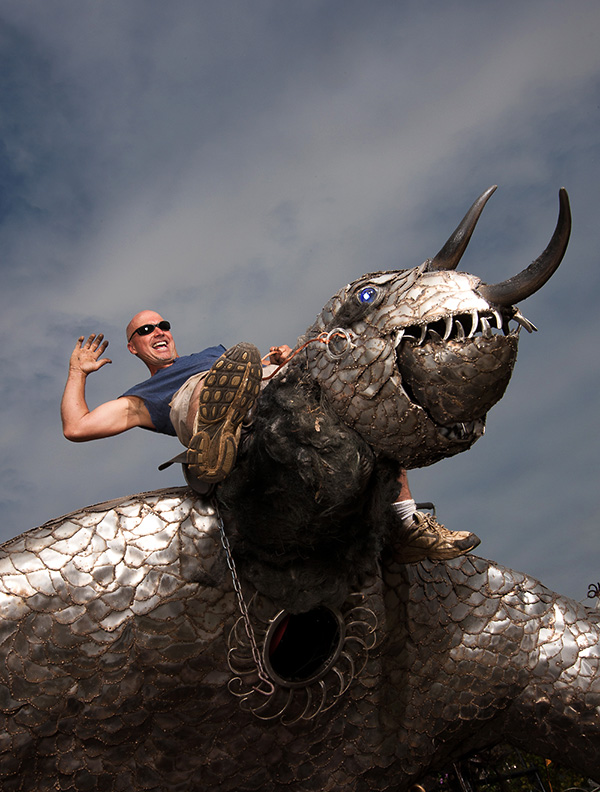 Bradford with “Azaba” at his workshop in Houston. 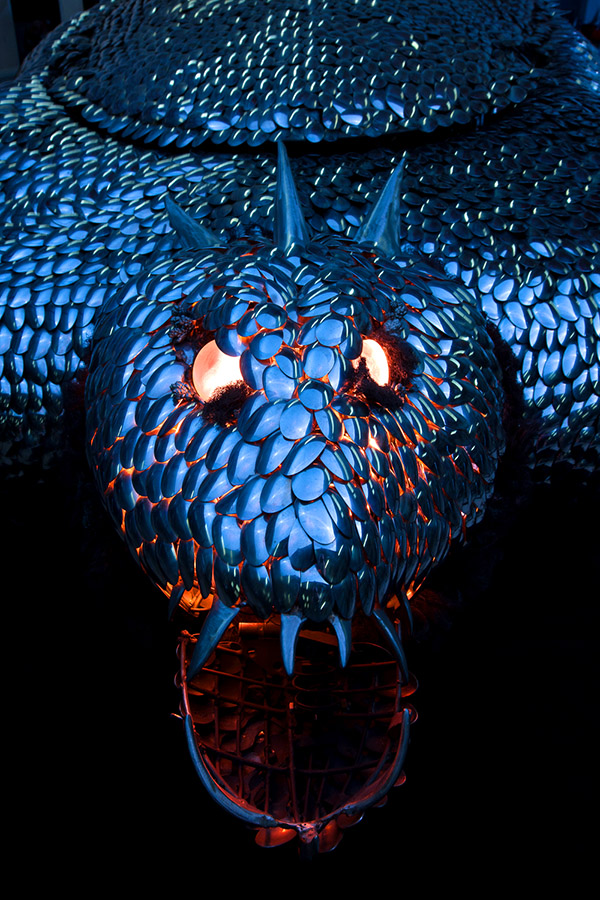 “Spoonazoid”, made up of over 6000 discarded American Airlines spoons. 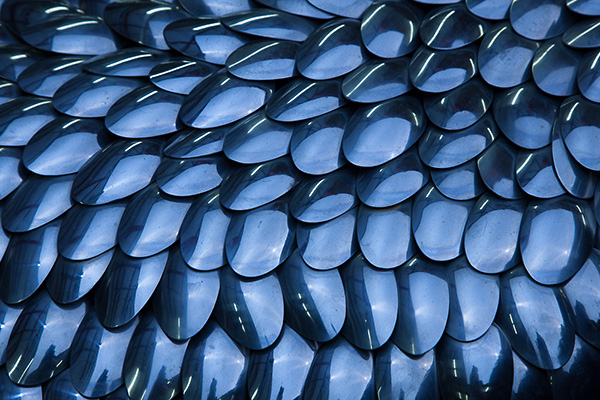