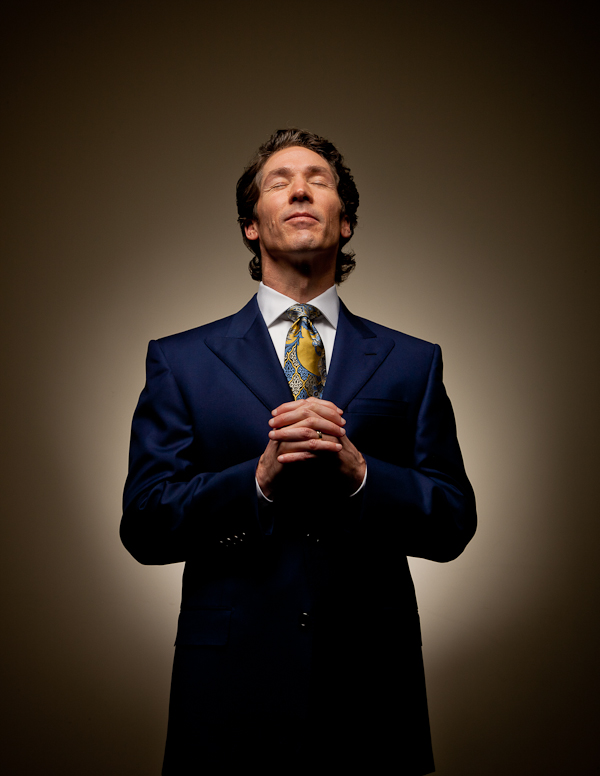 Osteen, lit from overhead with a Wafer Hexoval 140.

I recently photographed Joel Osteen, a popular televangelist and the pastor of Lakewood Church in Houston, Texas for the cover of USA Weekend. Lakewood Church is the largest congregation in the country, with over 43,000 worshippers attending every week. Osteen also writes books, including his New York Times Bestseller, Your Best Life Now.

Joel's wife, Victoria, is a co-pastor of the church. I photographed her previously for a health magazine cover story. I met Joel briefly during that shoot, when I asked them to join their kids on a trampoline at their home. They were really great sports. Both are both super nice people and great photographic subjects. 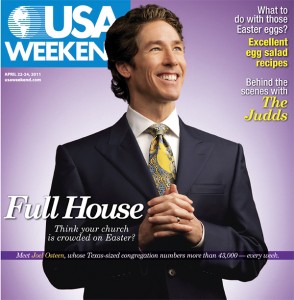 As part of the assignment, I was also assigned to shoot an actual church service at Lakewood, and this made for a great scouting trip. It was great being able to witness the service, watch Joel and Victoria's mannerisms, and study the lighting looks and locations available in the building for our portrait shoot later that week.

For the cover shot, we scouted an area in the church with a plain, warm wall (no need for a seamless this time), and set up one background light to create a gradient “glow” behind Osteen. We then lit him with two lights set up in a corner lighting pattern. Our warm background was changed to a bright purple in post (the story was running Easter weekend…). Before we finished, I turned off half of the corner setup and just used a boom light over his head. It made a dramatic photo that turned out to be my favorite frame from the shoot.

Though I knew it might not be simple enough for the cover, I knew it was important to try to capture the size of the church in some of the photos. We set up another very simple setup on the stage inside the auditorium of the church: a Plume Wafer 100 with a 30 degree Lighttools grid. I had the lighting guys from the church bring up the lights over the audience and turn on a follow spot for us, high in the catwalks. At first the spots weren't showing well, so we asked the lighting director to fog the room for about an hour before the shoot, so that the smoky haze would make the spotlight beams show up in the background. 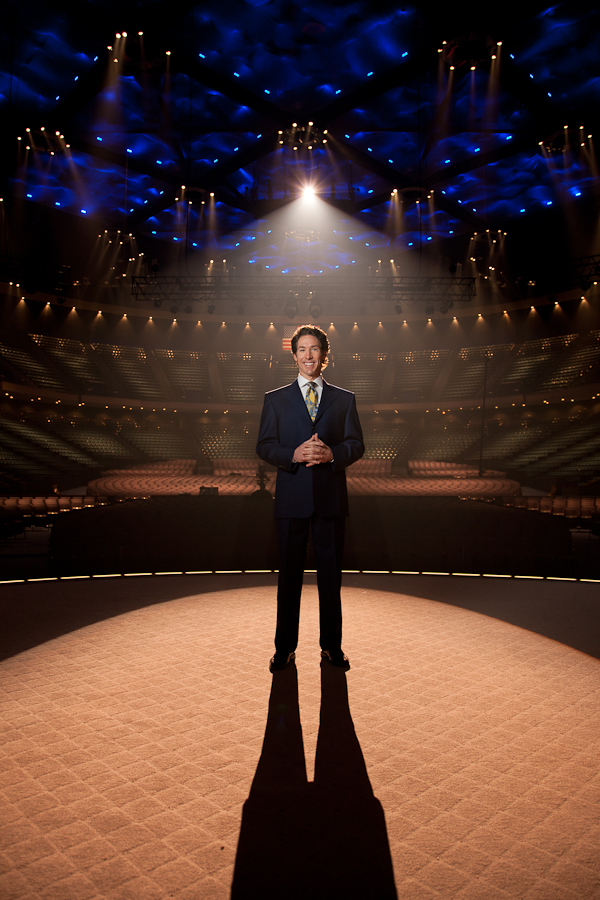 The stage setup, photographed with one Wafer 100 with a 30 degree grid.

It was interesting to be in the building again where I photographed so many Rockets games, including both their championship runs in 94 and 95. I spent many an hour hanging remote cameras and strobe packs on those same catwalks we were now using to light up a portrait of a preacher. 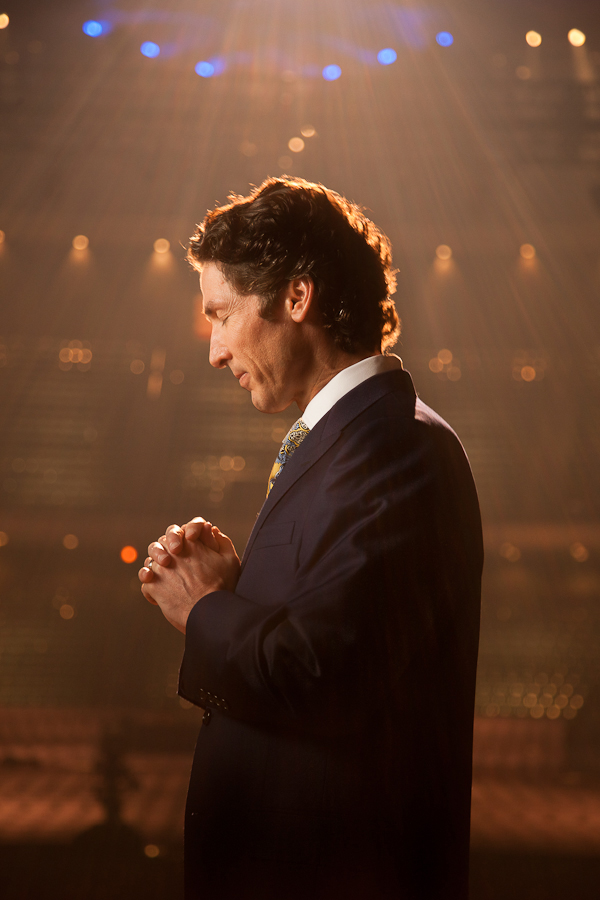 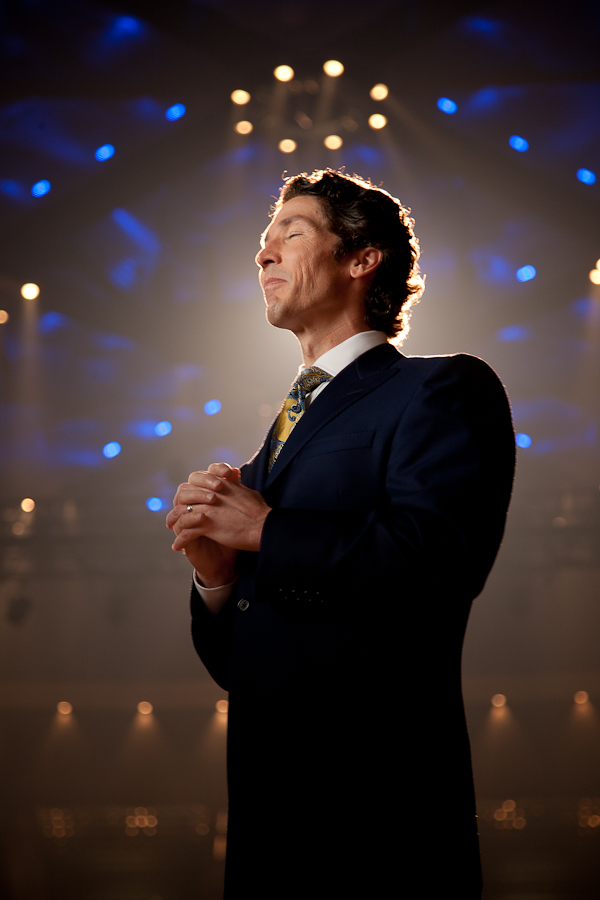