Lighting Workshop at the UPAA Symposium 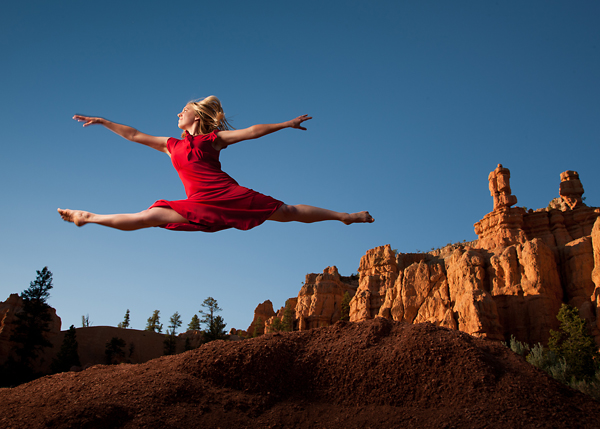 A modern dancer from BYU, photographed with a Plume Wafer Hexoval 180.

Back in June, I had the good fortune to be invited to speak at the 50th annual University Photographers Association of America (UPAA) Symposium in Utah.  The UPAA is comprised of photographers who work on staff for universities.  I get a little more nervous when speaking to seasoned professionals rather than college students.

Brigham Young University was the host for this years' event, and two of my favorite photographers, Canon Explorer of Light Art Wolfe and Donald Miralle were also on the bill this year.  Not bad company!

My portion began with a morning lecture on the BYU campus in Provo.  After lunch, the convention moved three hours south, to Bryce Canyon National Park.  Once there, my old Sporting News colleague August Miller, (who is now a Salt Lake City commercial photographer), and I scouted quickly for suitable locations for an evening lighting demonstration.  We had to find locations that were attractive, but that could also accomodate 80 or so photographers.  We chose to stay around Red Canyon, adjacent to Bryce Canyon because of the crowd.

Our hosts, BYU photographers Mark Philbrick and Jaren Wilkey arranged for a wonderful modern dancer to help us out by posing for our sunset demo.

I really enjoyed teaching at the workshop and meeting all the professional university photographers from all over the country and from as far away as Australia and Israel.  Mark and Jaren put on a first class event. 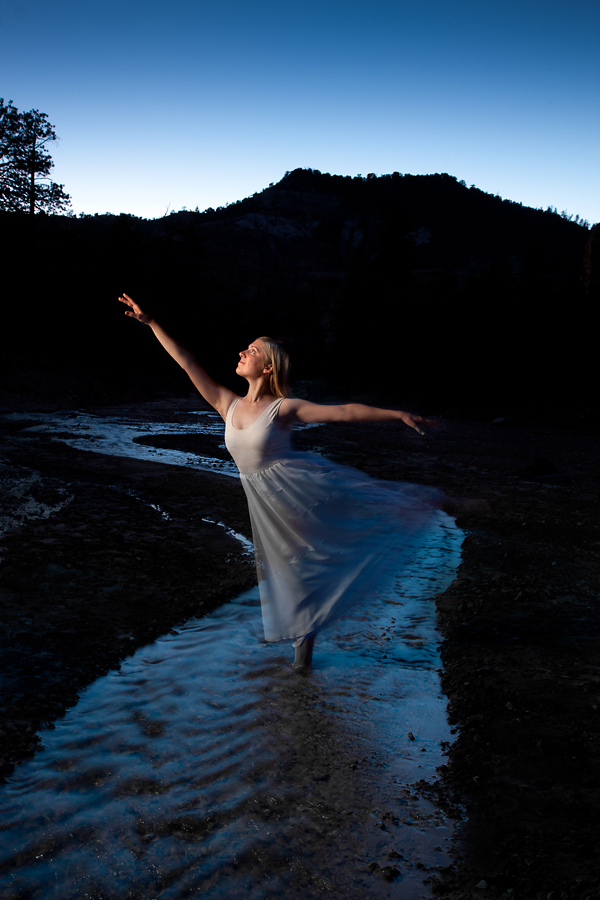 A long exposure, mixed with strobe in a running stream creates a ghostly effect.