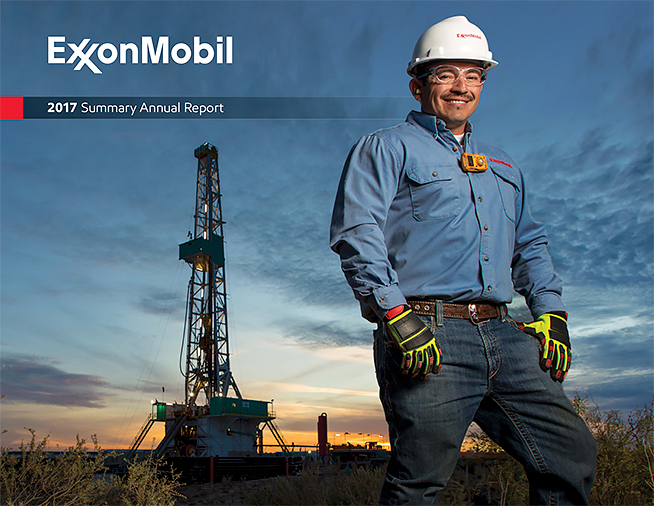 I've been really fortunate to work with ExxonMobil on their annual report photography and other corporate photography for the last ten years or so.  It's a great gig, and I've been able to document photographs of people and assets for their shareholders all over the world.   I'm particularly proud of the work we did on this year's version. 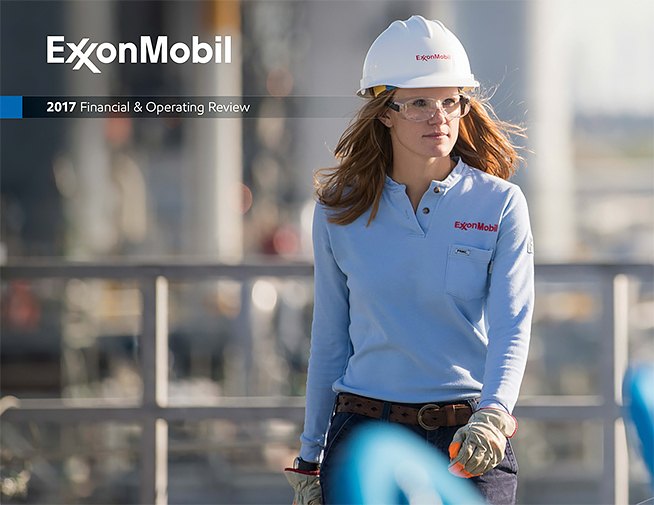 Cover of the ExxonMobil Financial and Operating Review.

Over that time, the books have been fairly consistent, with a vertical format layout, and often featuring traditional spreads of sprawling petrochemical complexes at dusk or at night.  Although there's always been quite a few people photos as well, this year was quite a departure in that the focus was completely on employee portraits.  The marching orders were to create panoramic portraits of employees utilizing technology in their work environment.  We've all seen the typical oil and gas photography, and it was fun to take it in a different direction and focus on the super smart people that make the company work.

Some spreads from the ExxonMobil Annual Report.

The format of the book was horizontal this time, to maximize the effect of the panoramic photos over a full two page horizontal format spread.  The layouts were also adorned with quotes from the employees and helpful stats about the company.  In the end, they used a mix of traditional environmental portraits, and some reportage working shots.

During our travels, we created most of the photographs with the 50 megapixel Canon EOS 5DS, and in several instances, we composited several frames to create the panos.  We carried Profoto lighting, using the B-2 and the B-4 extensively.  We also used some LED light panels on some of the photos.  The cover shots and spreads I photographed were taken at sites in Texas, New Mexico, Louisiana, Belgium, and Angola.

It was a break from the usual approach honed over many years, and was both a challenge and an honor to work on.  I ended up with both covers (Both the Summary Annual Report, and the F&O), and a number of spreads.  Hoping to do some more great content for them in the future.

More examples of our panoramic portraiture below: