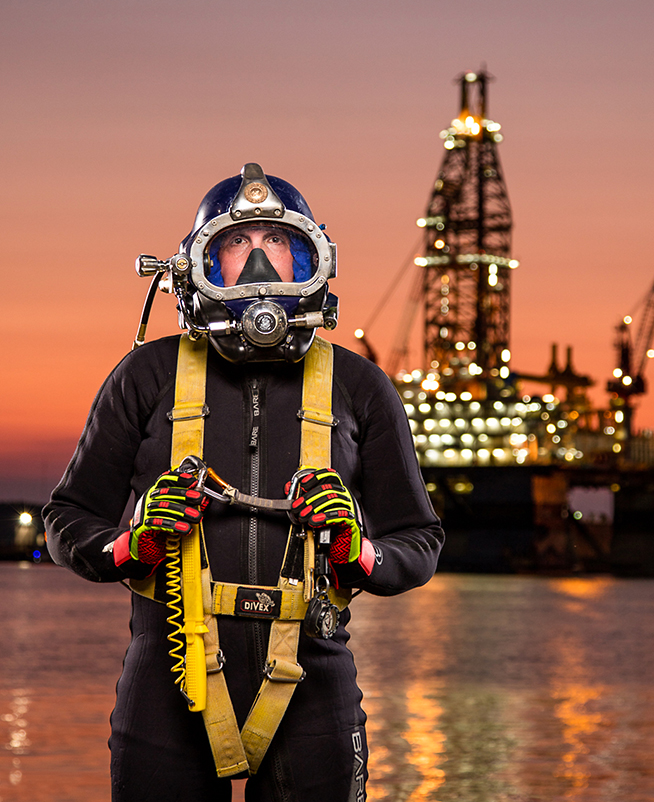 We recently did an editorial shoot for Scuba Diving magazine for a special issue they put together on the “Dirtiest Jobs” in the SCUBA diving industry.  The photographs were commissioned in various parts of the country by different photographers: a salvage diver, a diver from a nuclear reactor facility, a police investigator, an underwater logger, a croc-wrangler, and our cool assignment: an “industrial deepwater saturation diver.”

Our diver was a nice gentleman named Brian Lacey, and he travels all over the world diving deep underwater for the oil and gas industry, repairing rigs, working on pipelines, etc.  He spends up to a month on the job, living like an astronaut in a small pressurized chamber.  He's been as far down as 900 feet, but on average works at around 300 feet below the surface.

I've taken many oil and gas portraits, but this was my first chance to photograph an industrial diver, and I was pretty stoked.

Photo assistant Michael Klein and I photographed Brian on a dock in Galveston with his super heavy deepwater dive gear.  We used two Profoto B-4's and one Profoto Acute 600B.  I scouted the location previously, and due to the recent downturn in oil prices, several offshore rigs were parked in port, which provided us with a great background normally not seen next to shore.  It worked perfectly for the story, and the photo gods blessed us with a wonderful colorful sunset to complete the assignment. 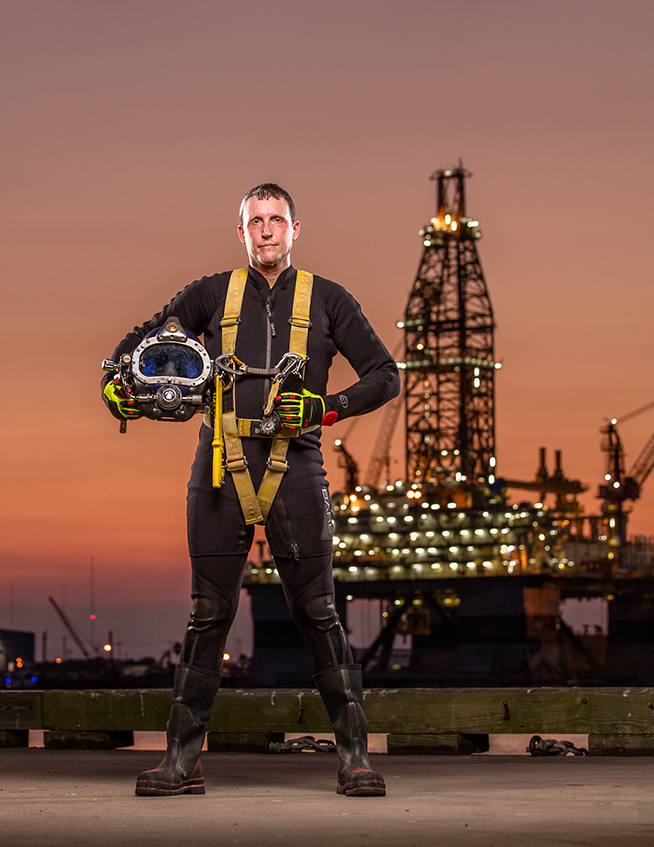 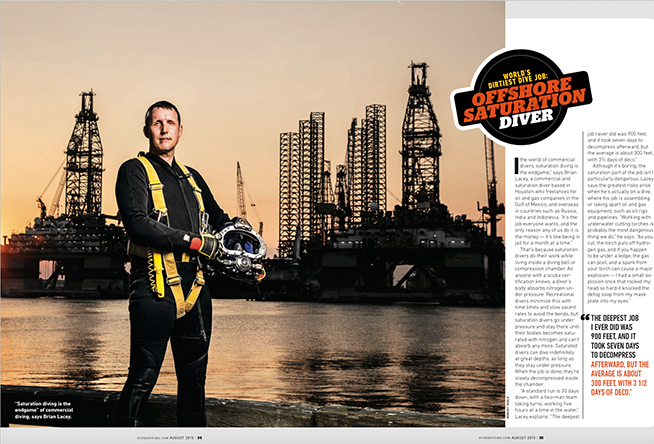