Photographing Yao Ming in the Studio 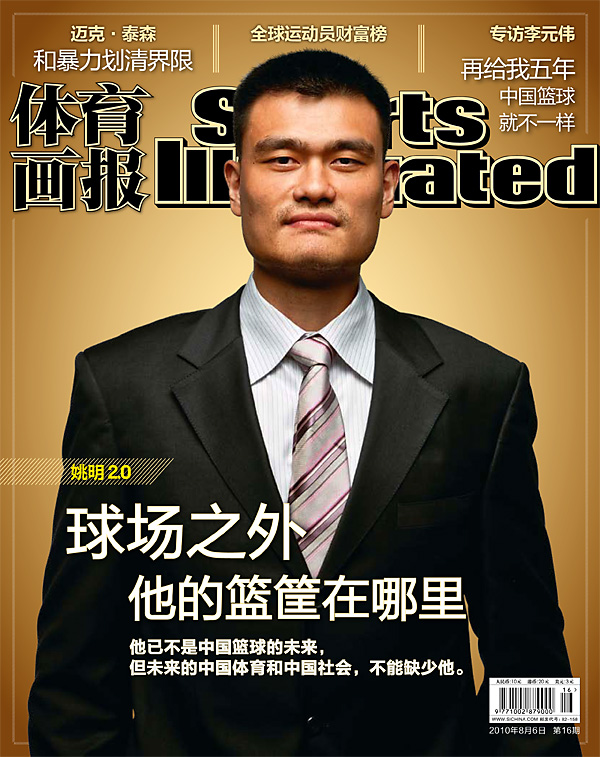 The Sports Illustrated China cover[/caption] Houston Rockets center Yao Ming, was recently the subject of a cover story for Sports Illustrated-China, and I was lucky enough to get the call to photograph him for the story.  We hatched all sorts of ideas for poses and locations around Houston.  I've photographed Yao several times over the years, so I really wanted to take a memorable shot of him, especially since the last photograph of him I took in a memorable location outside, featured the Rockets old uniform design. 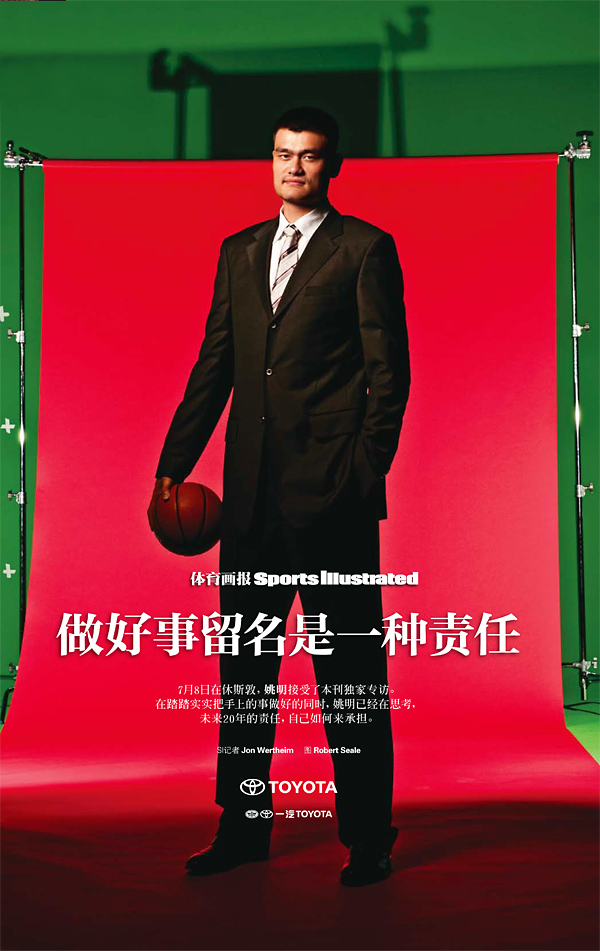 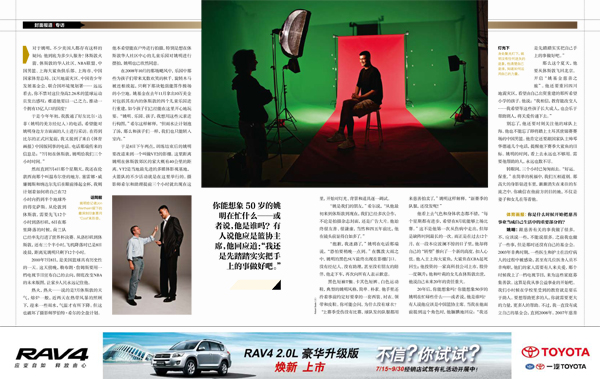 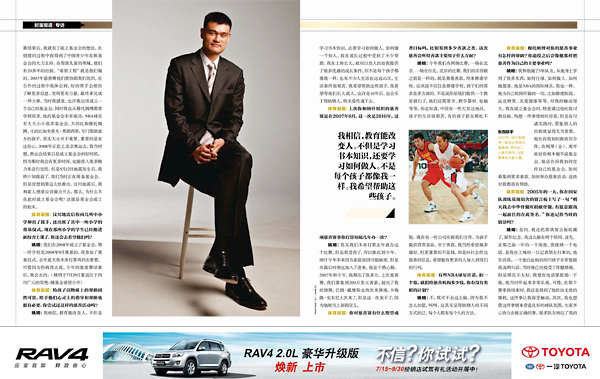 After further investigation, it quickly became apparent that my quintessential shot of Yao in the new Rockets uniform was not going to happen.  You see, Yao didn't have a uniform. Most people don't understand, especially after years of watching players like Dennis Rodman ripping off their jerseys and throwing them to the crowd, that most players only have a couple of uniforms for the whole season.  In Yao's case, he spent all of last year rehabbing his broken foot, and his uniforms were either a.) long ago auctioned off to various charities; or b.) never ordered in the first place.  The uniforms for the 2010-2011 season, we found out, were not yet ordered, and so we found ourselves in uniform purgatory. This severely limited our options.  Sports Illustrated-China decided they didn't want to go with workout gear, or a basketball setting at all, but instead asked me to photograph Yao “GQ style”, in a suit and tie in a controlled studio environment. We arranged to have Yao come after practice to a local photo studio, where he did the interview with star SI writer Jon Wertheim, followed by a quick photo shoot.  SI assistant Andrew Loehman helped me set up 2 different sets, with three totally different lighting looks.  We used Profoto 7A packs and Plume light modifiers.  We pre-tested and choreographed the shoot, since we didn't think he would stay long.  Andrew stood on a stool to stand in for Yao's test frames. Since we didn't have a cool outdoor location or props to work with, I asked Yao to bring a suit and also a black t-shirt, so we could shoot a nice tight portrait of his face on white and also with a primary red background, the Rockets main team color. I photographed him with white, grey, and primary red backgrounds in both clothing changes.  Strangely enough, a loose frame I took offhandedly, just to show the scale of Yao's size (and the fact that he wouldn't fit on the backdrop), ended up being the 2-page spread in the magazine (Go figure…).  The cover was altered with a golden background from the original white/grey.  I've included the layouts as they ran in the magazine, and a few of the originals we took. Yao  arrived alone in a large Toyota SUV, and  was very accomodating.  Although he had declined our offer to have food/catering there for him at the shoot, as he sat down to talk to Jon, his stomach grumbled a bit.  I offered to run down the street and pick up a Whataburger for him.  Yao looked very interested, and ordered a double meat Whataburger with bacon, cheese, and fries.   He then gave me a sheepish look……” Just don't tell my coach…”   (Yao had recently lost a ton of weight during a pre-season diet-conditioning program.) I didn't tell him at the time, but I'm coming clean now. Yao, I stole some of your fries. [caption id="attachment_610" align="aligncenter" width="600"] 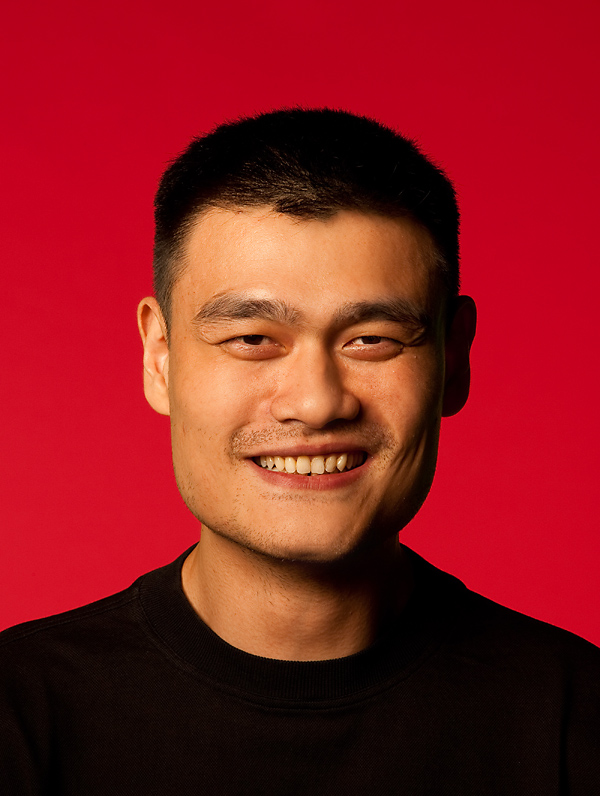 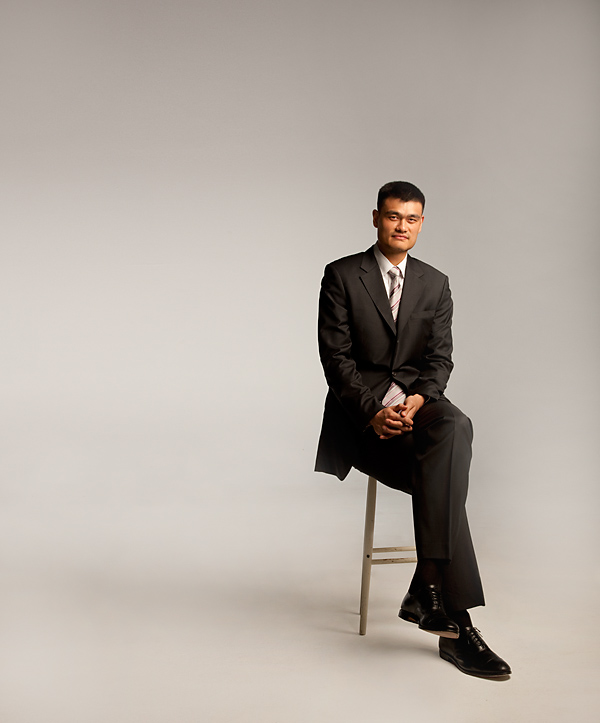 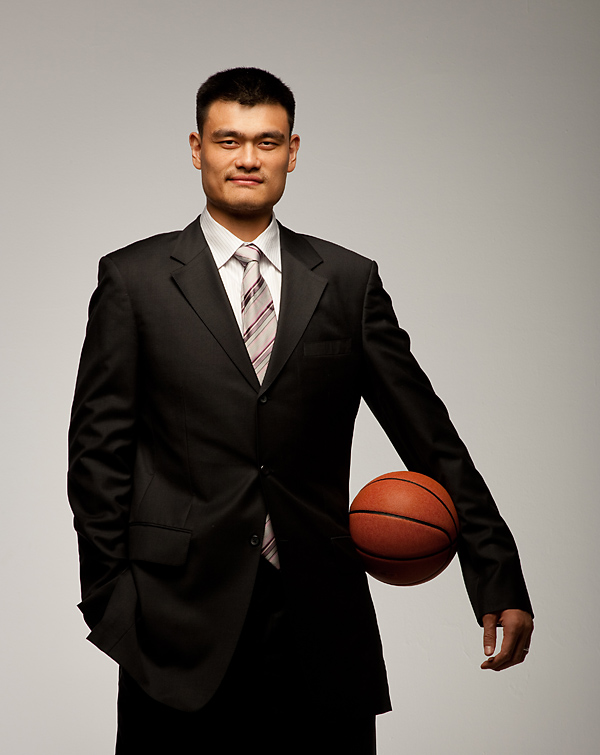 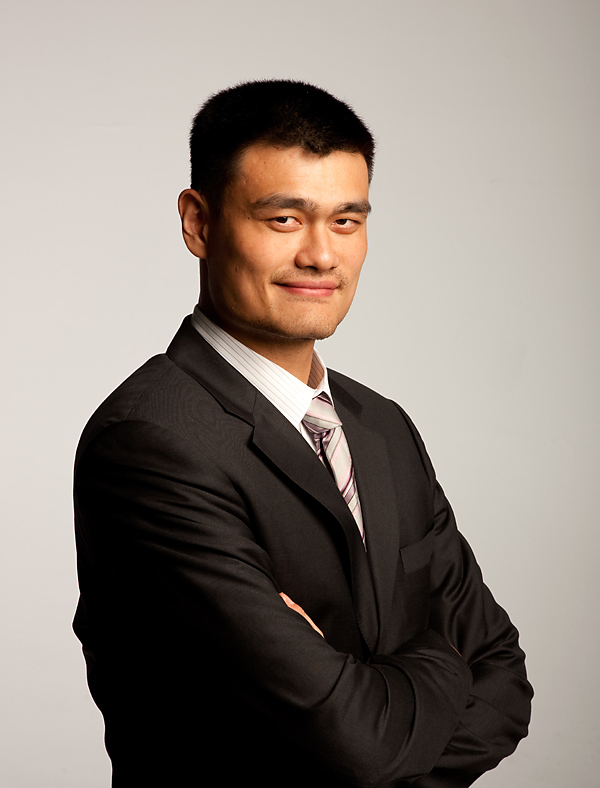 Another shot taken with the Plume Wafer Hexoval 180[/caption]