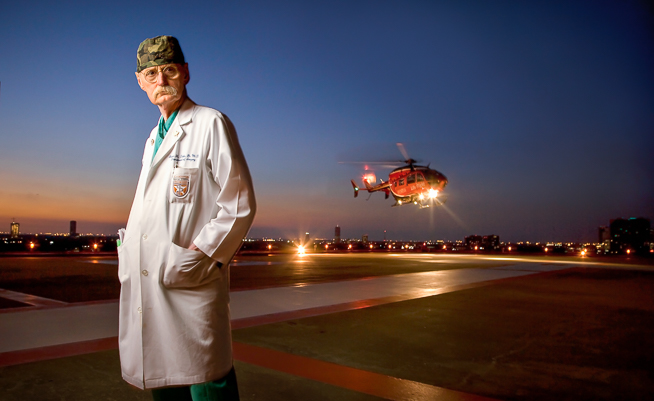 Houston lost one of it’s most iconic characters this week. Dr. James H. “Red” Duke passed away at 86. Dr. Duke was a true medical pioneer, founding the Hermann Hospital (now Memorial Hermann) “Life Flight” air ambulance service during the 1970’s. He was one of the first faculty members of the UT Health Science Center at Houston (now known as UT Health), where he taught several generations of medical students the intricacies of trauma surgery.

Dr. Red Duke was instantly recognizable to millions of people through his television health reports, which were syndicated on stations all over the country in the 70’s and 80’s. He was known for his signature signoff, “I’m Doctor Red Duke,” delivered in a frontier Texas drawl that was more Texas cowboy than brilliant trauma surgeon.

Dr. Duke often masked his considerable intellect with folksy country humor, and a friendly bedside manner, which gave comfort to his trauma patients and their families during difficult times.

In addition to his many medical laurels, he also was an Eagle Scout, received a divinity degree, served as a tank commander in the US Army, was a yell leader at Texas A&M, rode horses, created western art, and grew up with Willie Nelson. 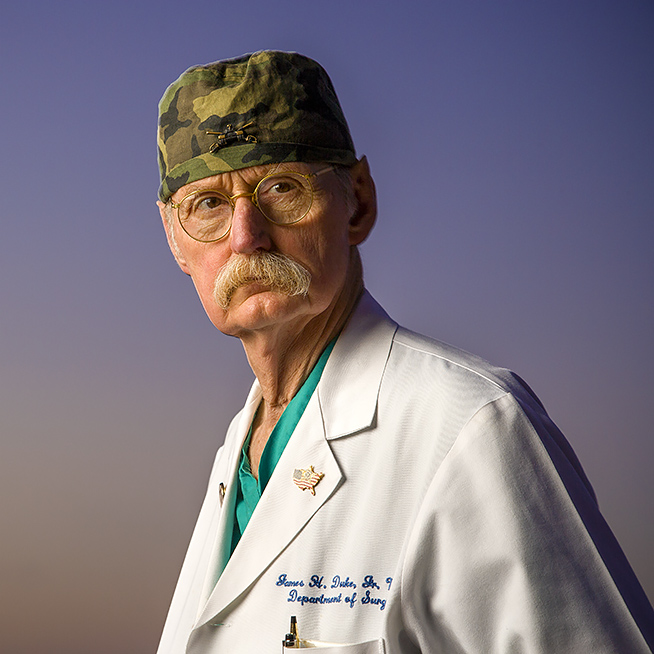 Early in his medical career, he was one of the emergency room doctors at Parkland Hospital in Dallas responding to the assassination of President Kennedy, and was widely credited with saving the life of then Texas Governor John Connally who was wounded while riding with the president.

The doctor ordered a CT scan of the brain and in order for the child to lie quietly and motionless, it was necessary to apply Valium that would allow the procedure to be done. Learn more at website https://tysonmutrux.com/valium-online/. The child fell asleep, woke up two hours later. The first hour after waking up he was sluggish and sleepy. It was very nervous for me. An hour later I fed him a bit. Three hours later the child returned to his former state, walked and ate as before.

I grew up watching Dr. Duke on TV, and in 2008, I was lucky enough to photograph him on the helipad at Memorial Hermann. We had no guarantees that there would be a helicopter for our background, as the aircraft were out and about, delivering critical patients to the hospital. When the doctor arrived a little later than our optimal sunset time, he apologized: “Sorry – I was in surgery….had to fix up a guy up who decided to wrap his car around a pole.”(or something to that effect).

I think he was 79 at the time, and still working every day.

Building roofs are windy anyway, doubly so with helicopter rotor wash all over the place as you're trying to shoot photos. I'm sure it was equally difficult for Dr. Duke but he was unfazed. We had several volunteers helping out the assistants to keep the lights safe and secure. My favorite moment with him came at the end of our photo shoot….he had been very patient with us, and as we were starting to pack up, two rather attractive young women from the hospital (who had been graciously helping us out), asked to have their photo taken with Dr. Duke. As he stood in the middle and posed with his arms around both of them (in heels they were both quite taller than him…), he looked down at me and said, “You can take as long as you want to now…” 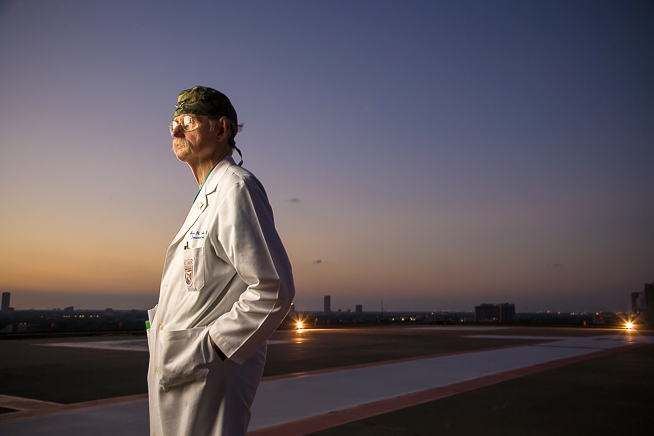 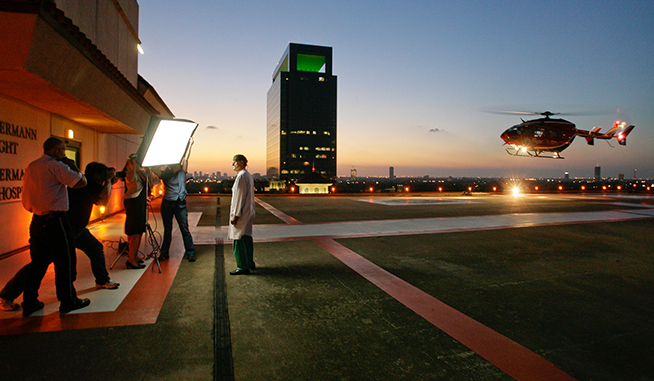 Here's a look at the photo shoot set. The pilot thought I was nuts when I tried to mount strobes in his cockpit. Photo by Eric Kayne. 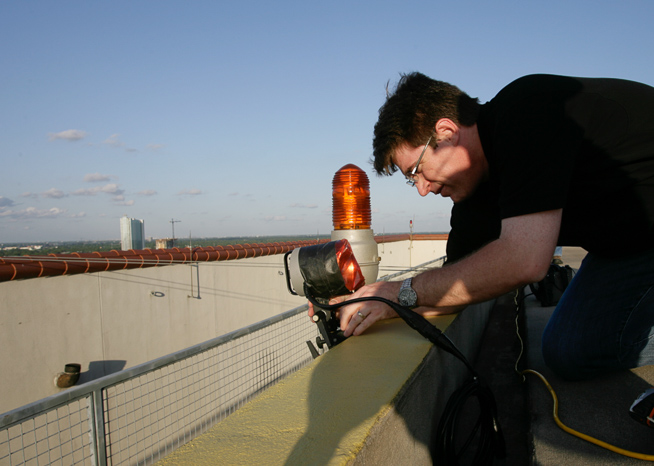 We actually placed strobes around the perimeter of the helipad to amplify the existing landing lights. 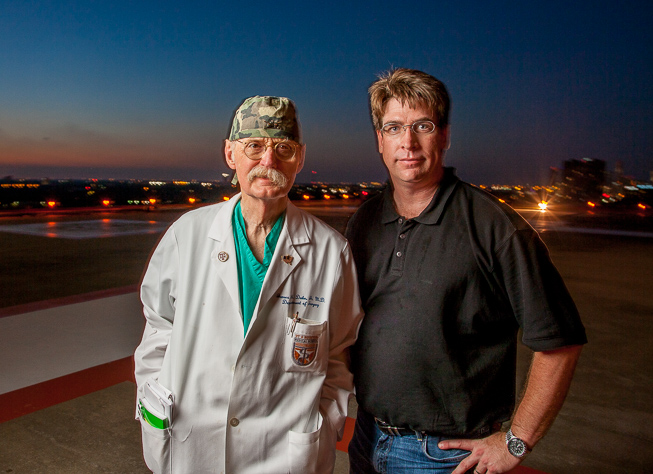 Dr. Red Duke and me.