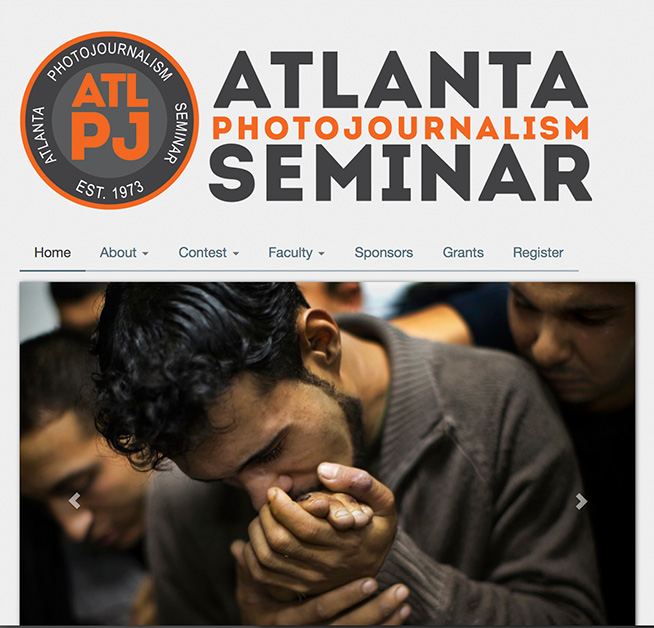 I’m pleased to announce that I’ve been invited to speak again at the Atlanta Photojournalism Seminar Nov. 13-15, 2014. I’ll be doing a couple of workshop sessions on lighting on Friday Nov. 14.

I attended the event in 1992 as a young photographer at my first real newspaper job, and also spoke there previously in 2004. It’s a real treat to be invited back to such an awesome event. The staff that puts on the workshop (all great photographers in their own right) do a hell of a job putting this thing together every year. It really is a first class event.

Among the other Friday speakers: my old sports photography colleague, Jamie Squire from Getty Images, speaking about (logically enough) Sports! Eric Seals a photojournalist with the Detroit Free Press will be leading a session on GoPro and drone photography. Also, I’m really excited that Judy Hermann, from ASMP (American Society of Media Photographers) will be speaking on business practices for photographers.

The Atlanta Seminar has been around for quite some time – here’s an overview from their website:   “The Atlanta Photojournalism Seminar was founded in 1973 by a group of photojournalists representing newspapers, magazines and wire services. Its reason for being is to promote the highest standards of photojournalism through an annual educational conference and a photography contest judged by working photographers.

Speakers throughout the years have included Pulitzer Prize winners, Photographer of the Year winners, major magazine and wire service photographers, influential directors of photography, important educators in photojournalism, academia, and others important in this profession. Founded as a regional event, the Atlanta Photojournalism Seminar has grown to become one of the most prestigious photojournalism competitions, with participants from throughout the world.”

You can see the entire schedule, list of speakers, contest information, and registration information at: Photojournalism.org.

Hope to see you there!