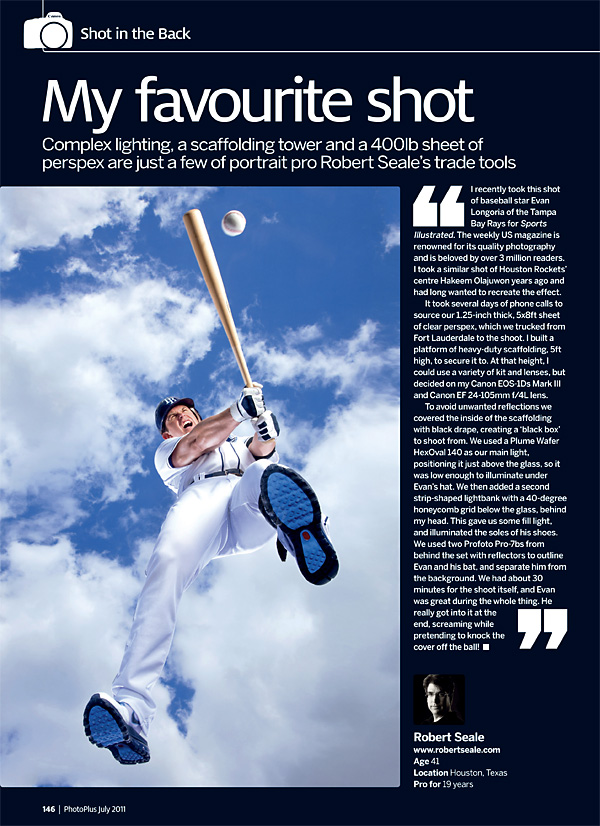 My photo of Evan Longoria, originally taken for Sports Illustrated, was recently featured in PhotoPlus UK magazine on their back page feature “My Favourite Shot.”  The photo and a technical description of the shoot, originally detailed here on the blog, are featured in the July 2011 issue.