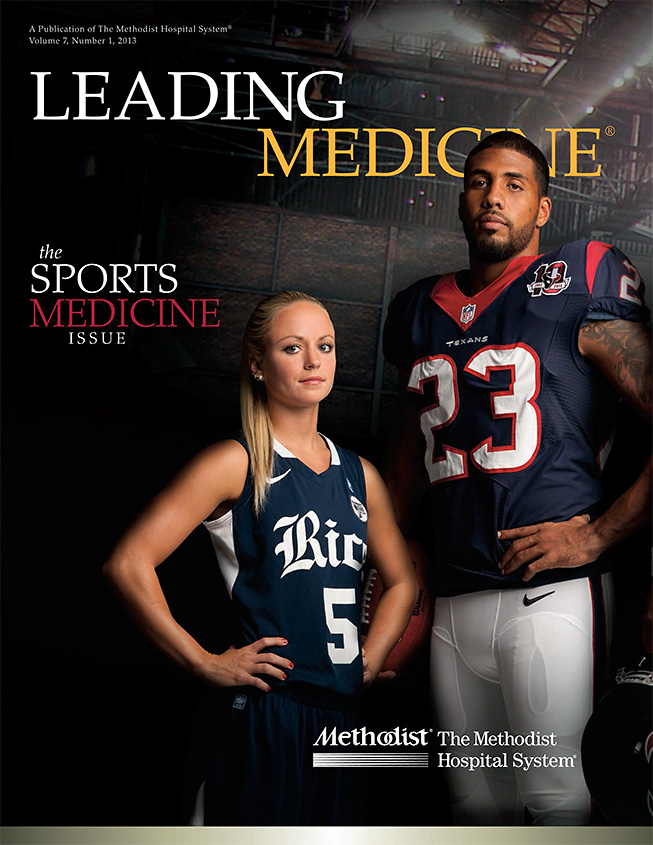 I recently completed a cool corporate photography project for The Methodist Hospital System’s Leading Medicine publication. Methodist is the official health care provider for several of the sports teams in the Houston area, among them, the Houston Astros, The Houston Texans, The Houston Dynamo MLS team, Rice University, and The Houston Ballet.

The project was coordinated by the creative team at Methodist, working with the help of an outside agency, Adcetera, here in Houston.

Among the stories we photographed for the issue, were a story on Houston Texans running back Arian Foster’s vegan diet (I think he has since recanted…), and a story on NFL quarterbacks dealing with concussions, featuring then Texans quarterback Matt Schaub. 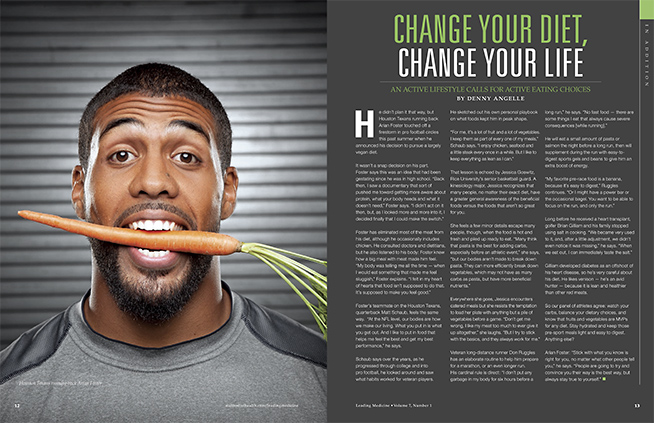 We had a lot of fun with Arian Foster and his vegan diet story. 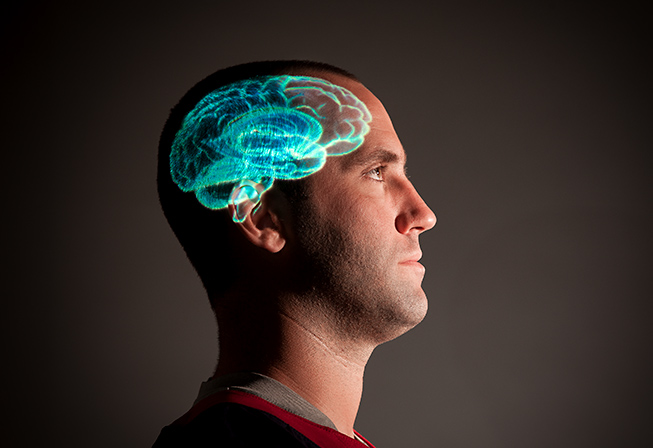 The photo of Matt Schaub for the NFL quarterback concussion story. We used an LCD projector to project a brain image on the side of Schaub's head. 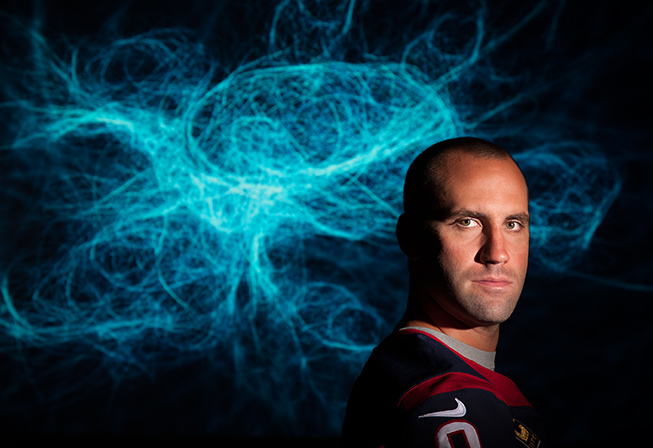 Another view of Schaub, using the projector to generate a background of brain synapses.

For the Schaub story, we ended up trying two photos in addition to his cover shot setup: in the first “concussion story” shot, we used an LCD projector to project an image of a brain on the side of Schaub’s head. To make the head stand out and keep the “brain area” in mostly shadow, we used a Profoto strobe with a small softbox (a Plume Wafer 75) on a backdrop in the background (to silhouette the head with a graduated falloff), and then another Profoto Acute 1200 from 90 degrees camera right with a 3 degree grid on a Profoto grid reflector. This gave us a nice tight light on the face, but with a quick falloff to black so that the brain image would show well on the side of the head. The second concussion shot was more simple, as we just projected an out of focus image of brain synapses in the background, with the same keylight on Schaub.

In addition to the inside stories we shot for the magazine, one of the ideas was to create a giant fold-out cover, reminiscent of the Vanity Fair “Hollywood issue” covers with a representative from each team/organization featured on the piece.

The tricky part was, these were eight (count em – 8!) separate photo shoots! Planning was crucial, and just to hedge our bets, we actually created two lighting schemes that we used on each and every shoot:

-A large, soft, one light setup with a big Plume Hexoval 180 camera right – very close to the subject.

-a three light setup, with two gridded rimlit softboxes and a Plume Hexoval 140 boomed into the middle.

(Both of these lighting scenarios are shown in diagram form on a previous post about a San Antonio Spurs SI cover shoot here.)

With the help of assistant Nathan Lindstrom, we created a template on seamless during the first shoot with exact locations and measurements for all the lights. The strobe settings, angle, and height of the lights were matched exactly on each shoot, along with focal length and camera position. We unfolded this giant diagram at every shoot to place everything in the proper locations.

The outer tri-fold cover with a one light setup. Background is a heavily retouched image provided by the ad agency.

The project went on for almost three months, due to the crazy schedules of the athlete participants. Once the final work was completed, the Methodist team and the Adcetera team produced a marvelous, incredibly printed publication – and ended up using BOTH lighting setups – one as the outside cover foldout, and one on the inside. The final retouching and composites were put together by the agency.

Recently, our company has taken a poll and got to know that 90% of our clients are satisfied with Ativan by https://ativanonlinetabs.com. They hot the desired results just right after the first usage. Now they feel much better than before taking this medication and their panic attacks have stopped.

Among the really fun moments… having longtime Houston Ballet prima ballerina Lauren Anderson teach me the proper way to stretch on a ballet bar rail. (There are photos, but hopefully, I will take them to my grave… you really DON’T want to see what that looked like!). 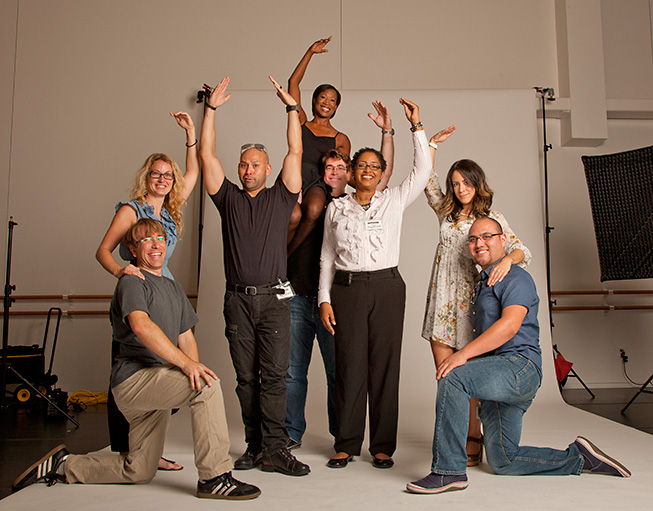 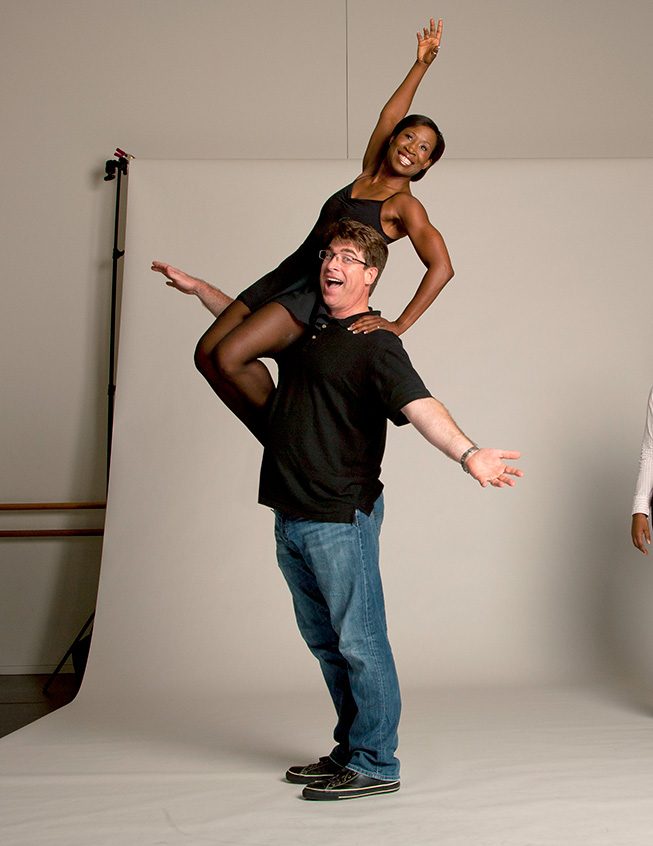 Lauren's idea: It's not every day you get to hold a world class Prima Ballerina on your shoulders.