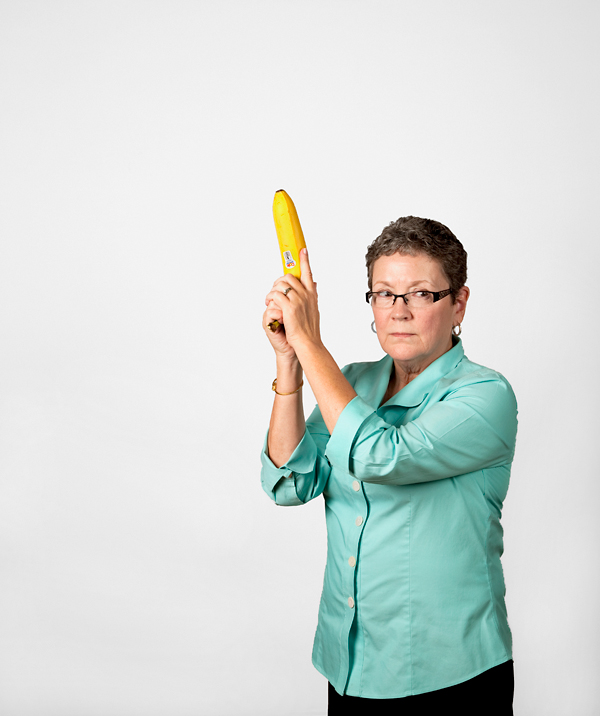 I recently was assigned a portrait for COLORS, a very cool, artsy Italian magazine.  COLORS  is published by Fabrica, a creative think tank sponsored by Benetton.  COLORS publishes each issue according to a different theme, and the latest issue (No. 79: Winter 2010-2011) is all about collectors. 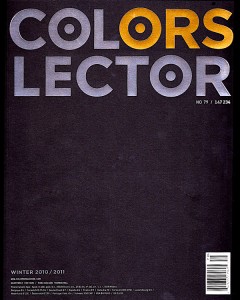 Featured in the magazine, are profiles on people who collect toasters, tea bags, vacuum cleaners, dinosaur statues, etc.  There was even one collector who collected items and memorabilia from the now mothballed Concorde.

My assignment was to shoot Becky Martz, the foremost collector of banana labels in the world.  Yes folks….banana labels.  She has over 10000 in her collection.

The photo editor was kind enough to send us some samples so that we could match lighting and mood to the spare style favored by the magazine.   This was important, as there were other photographers who were working on this project in various locales throughout the world.  Each layout was identical, so it was necessary to match the lighting so that the magazine had a unified look.

We decided to have a little fun with it, and we posed Becky with a variety of bananas as props, mimicking a pistol, a telephone, an infant, and even a bunch of bananas as the old “idea” light bulb over her head (which ended up being the main photo in the layout).  We did all the photos in a makeshift studio that we set up in her living room.

We also shot close ups and details of her label collection, resulting in three spreads in the Winter 2011 issue.The magazine has received quite a bit of publicity, including a mention by the NYT Magazine Culture blog. 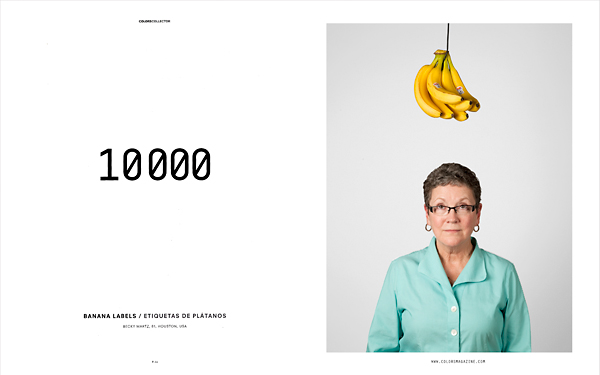 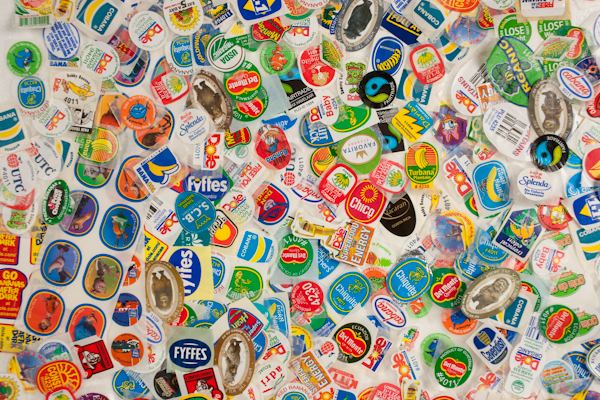