Sports and fitness photography with Kate Upton for Strong4Me Fitness 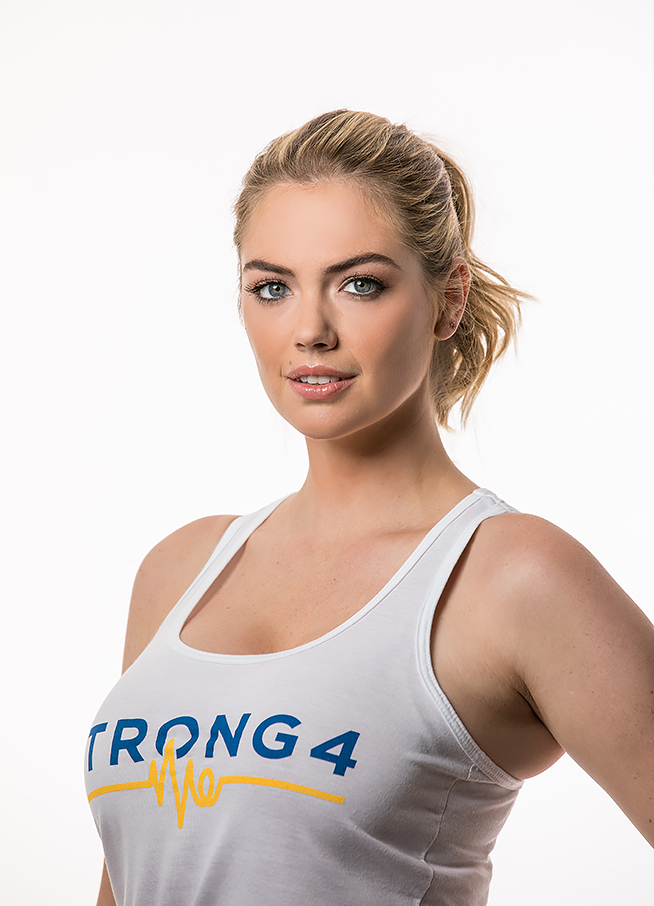 Model and actress Kate Upton photographed at her home in Houston, Texas for her new fitness brand, Strong 4 Me Fitness. ©2018 Robert Seale

I recently had the really cool opportunity to work with supermodel Kate Upton for the launch of her fitness brand, Strong4Me Fitness. Strong4Me is the brainchild of Kate and her personal trainer Ben Bruno and is designed to provide strength training and nutrition solutions for busy women on the go.

We were originally going to use a studio, but at the last minute, the shoot was shifted to Kate's Houston area home which she shares with her husband, Astros ace pitcher Justin Verlander. The brief was to shoot portraits and workout shots that could be title and dividing pages on the Strong4Me site and app. Other models would fill in the blanks with the actual “how to” sequence shots.

Working in a home, no matter how well equipped and nice, provides some challenges, chief among them, finding enough wide open space to create light, bright, and open fitness scenarios. I was reminded of environmental portrait photographer Arnold Newman's famous quote: “Photography is 5% inspiration, and 95% moving furniture.” That was certainly the case for assistants Travis Schiebel, Michael Klein and I as we cleared out spaces for these photos. 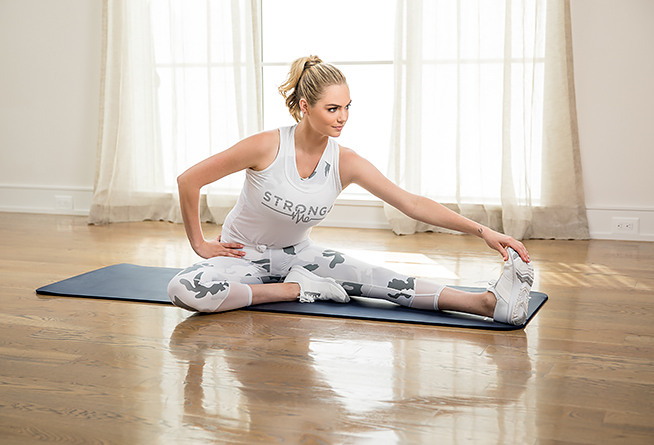 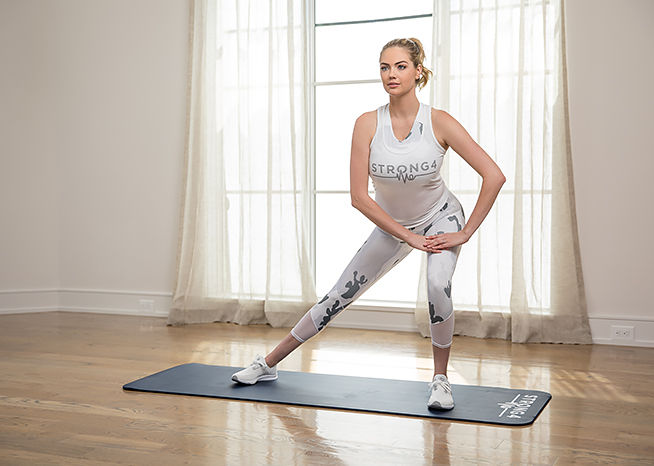 We created this look by covering the window outside with an 8×8 Scrim Jim, and firing some strobe from outside. The indoor key light was a Wafer Hexoval 140.

Once Houston makeup artist Misty Rockwell got her ready, we started with a white seamless background setup. One of the rooms in the house provided us with almost a perfect wide doorway scenario and lots of white walls, so we could set up a traditional white seamless without the need for cumbersome v-flats. Kate had her own ideas about the lighting and was very involved….after looking at a few frames on the digital tech's monitor, she suggested a more contrasty look, so we switched gears, used a smaller key-light source (a medium sized Wafer Hex 140, instead of the huge box we were using before), and placed a large black velvet fabric on the ground in front of her to soak up some of the bounced light and create more shadow under the chin and neck area (her suggestion – which worked out great!).

Shooting someone of her talent and stature is an incredible thing…I've shot lots of models, famous athletes, and celebrities over the years, but no one like her. One second she's talking to you, and everything seems pretty normal, but when the camera is raised, she brings it…..all the while making subtle adjustments to her pose, chin height, arm position, leg angles, to create perfect photos. It goes without saying, but she's an incredibly talented pro….all I had to do was show up with a pulse and keep firing the shutter. 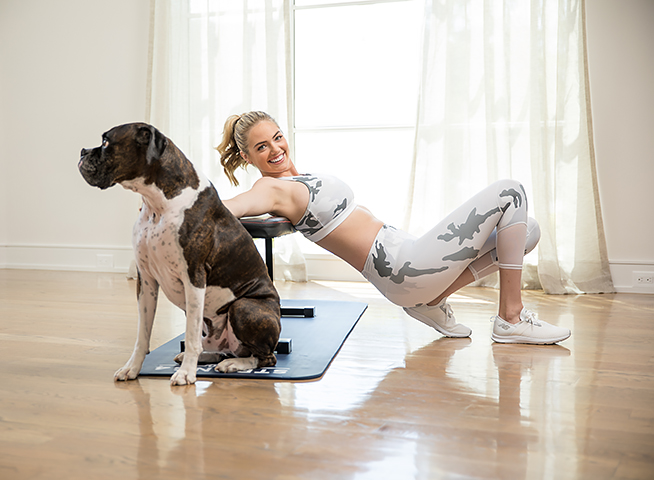 After the white background scenario, we moved on to a “light and bright” airy high-key location in her dining room to do some shots with a workout bench and mat. Kate's friendly boxer, Harley, who has his own instagram account, btw, wanted to be in most of the photos, so eventually we just went with it. Sometimes the spontaneous stuff is the most fun.

We next moved on to an outdoor setup, shot some exercise photos there, and finished with some shallow depth of field photos modeling the Strong4Me yoga mats available through her site.

A single application of Tramadol (Ultram) provides bioavailability at the level of 68%, this indicator will increase with regular exposure. A small proportion of the drug is excreted in the mother’s milk, so during breastfeeding, Tramadol is undesirable. Withdrawal of the drug is 90% provided by the kidneys, 10% by the intestines.

It was great working with her, and I wish her the best with both her fitness business and the recent birth of her daughter Genevieve. Harley might just have to share the spotlight next time around. 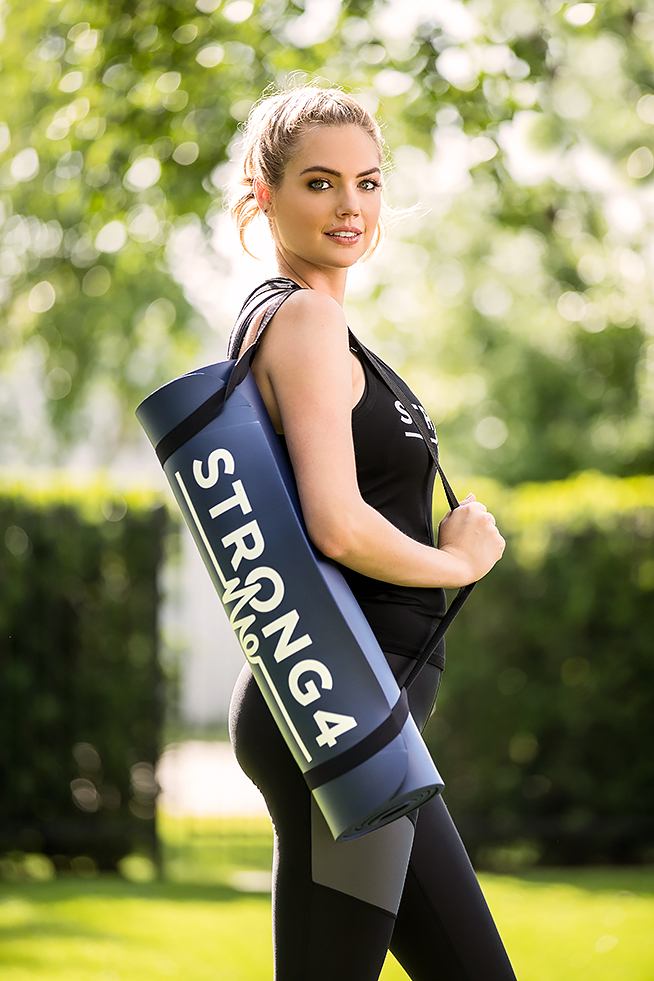 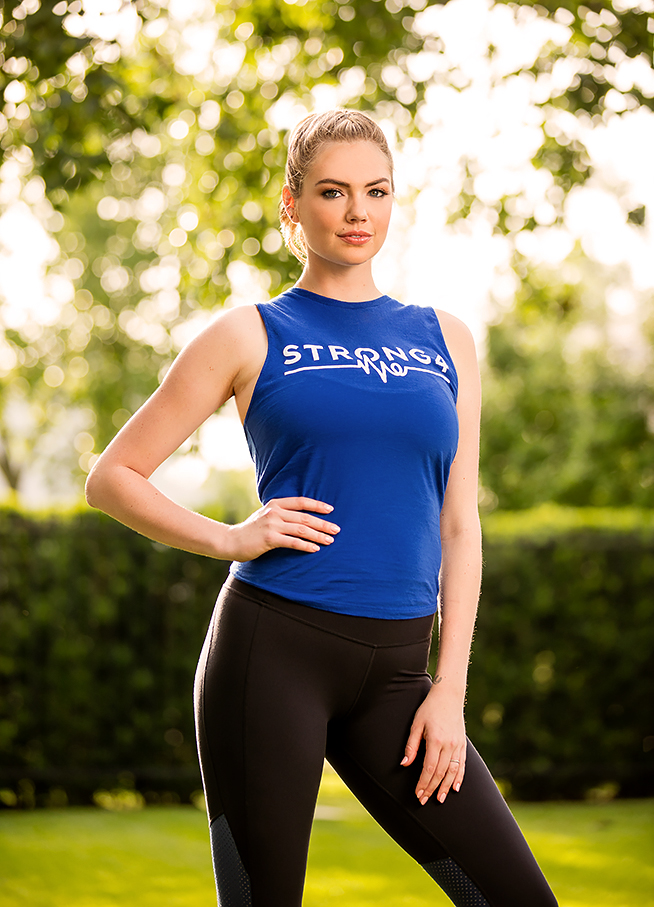 Model and actress Kate Upton photographed at her home in Houston, Texas for Strong 4 Me Fitness. © 2018 Robert Seale 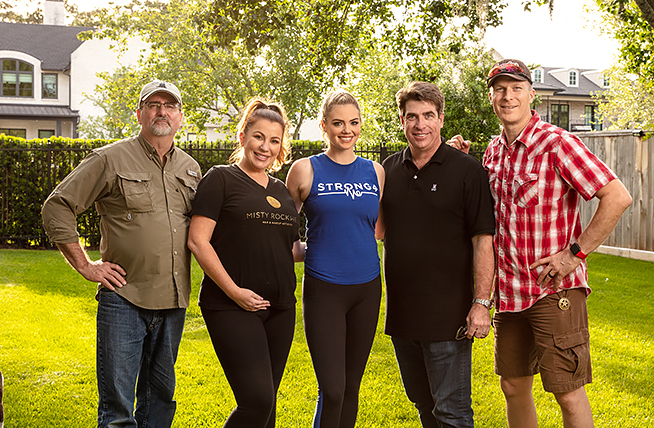 I don't often do it, but this shoot called for a couple of crew photos with Kate. She was nice enough to oblige. ( L to R: Michael Klein, MUA Misty Rockwell, Kate, me, Travis Schiebel). 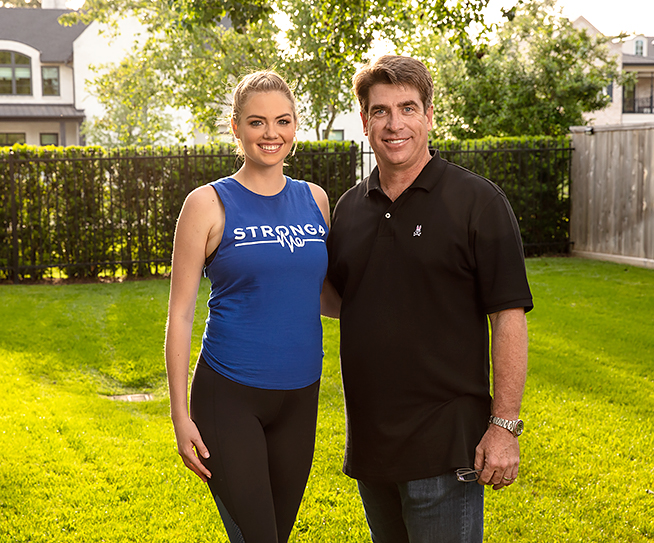