The old strobe in the glove trick 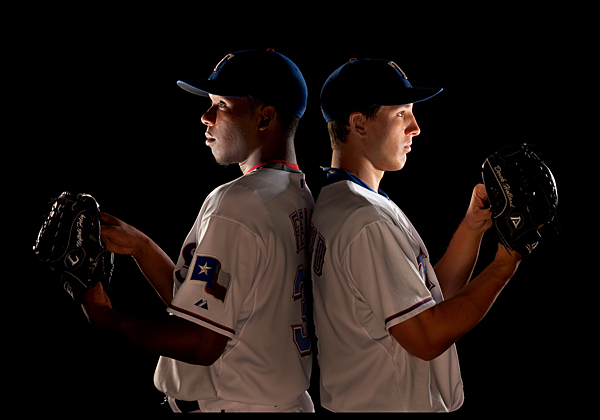 I recently photographed Texas Rangers pitchers Neftali Feliz and Derek Holland for Sports Illustrated.  While brainstorming ideas for the shoot with the photo editor, he mentioned a picture I had done several years earlier for a Sporting News cover of CC  Sabathia in which I had lit Sabathia's face with a small strobe hidden in his glove.  He mentioned that he would like to see this treatment with the Feliz/Holland duo. 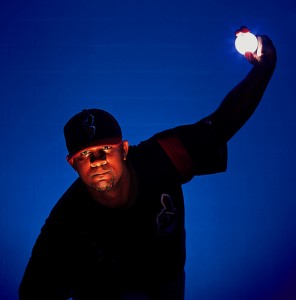 In the original photo, we lit the background with a strobe with a blue gel, to give a graduated spot on the background wall behind Sabathia.  I then used a (no kidding!) 25 dollar Morris mini slave strobe in Sabathia's glove……since the strobe was circular and of similar size to a baseball, we even shot some photos of him “throwing” the strobe/ball at the camera.  It made a pretty cool picture.

Strangely enough, that photo of Sabathia was taken in Arlington when he was pitching for Cleveland, and visiting the Texas Rangers.  Several years later, here I was in the SAME ROOM beneath the Ballpark at Arlington shooting Feliz/Holland in a very similar setup.  Weird.  Sometimes I feel like I know the hallways, storage rooms, and locker rooms of these stadiums better than the actual field.

The downside of using the Morris Strobe, is that they aren't very powerful, nor can you vary the power.  We decided that the much more sophisticated Canon 580's would probably work much better……however hiding them in a tiny pitcher's glove proved to be a challenge indeed.

Anyway, we knew the Rangers photo was to be combined in the final layout with several other pitchers from around the league, so we kept the background a simple black.  I decided to rimlight the two guys with a pair of medium softboxes ( Plume Wafer 100) with a 30 degree grid on each side.  We added a Plume Wafer 140 in the center of the set on a low stand directly below the camera, for fill.  It was important to set the fill light at a low enough power to keep the white uniforms from blowing out.  We just wanted the fill to barely illuminate some detail in the uniforms and faces of the players.  Then we placed a Canon 580 Speedlight with an Omni-bounce in each player's glove with a Pocketwizard Multimax to trigger each strobe. 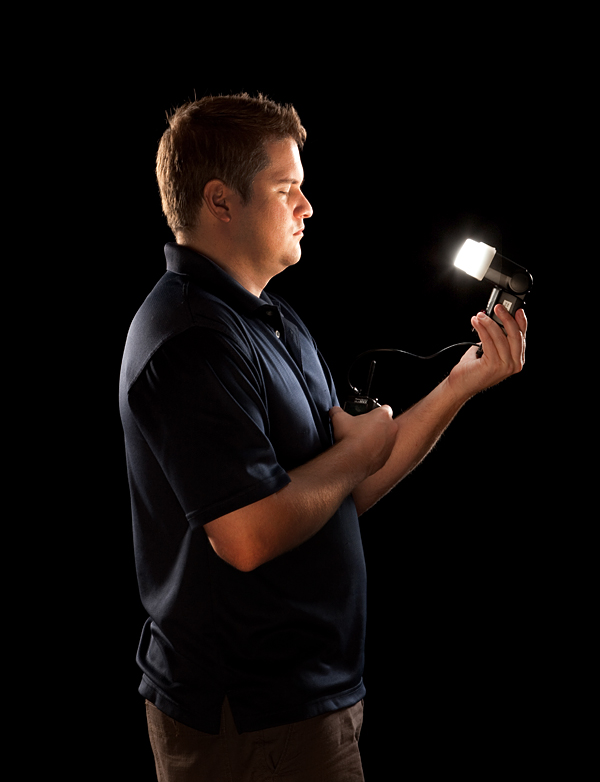 It took some careful testing to get the ratios just right, which we of course tested before the players arrived (I think we got about 10 minutes with them).

In addition to this photo, we also shot individual portraits of both players, and a couple of different versions of a “safer” shot of the two of them together.  For the “safe” shot, we simply ditched the 580's, kept the rimlights in place, reposed the players, and raised the fill light onto a taller stand and adjusted the power up one stop. 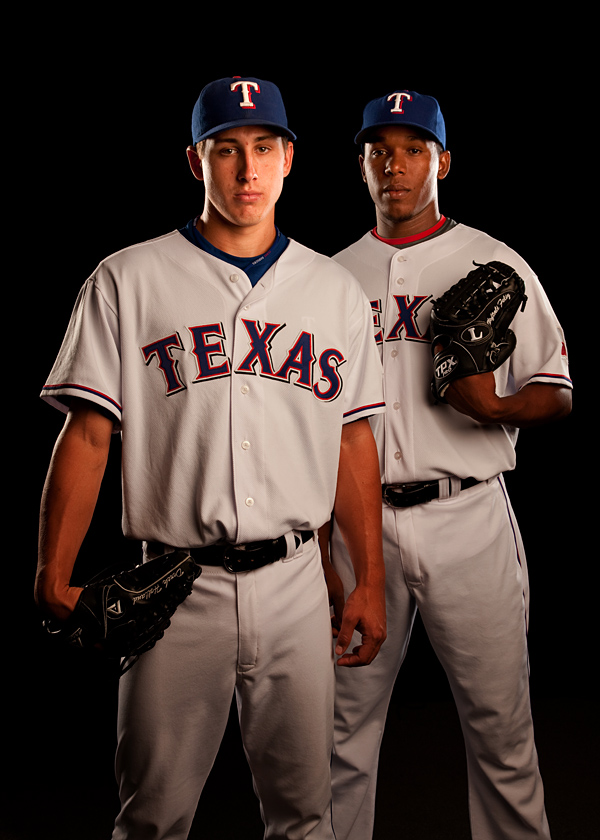