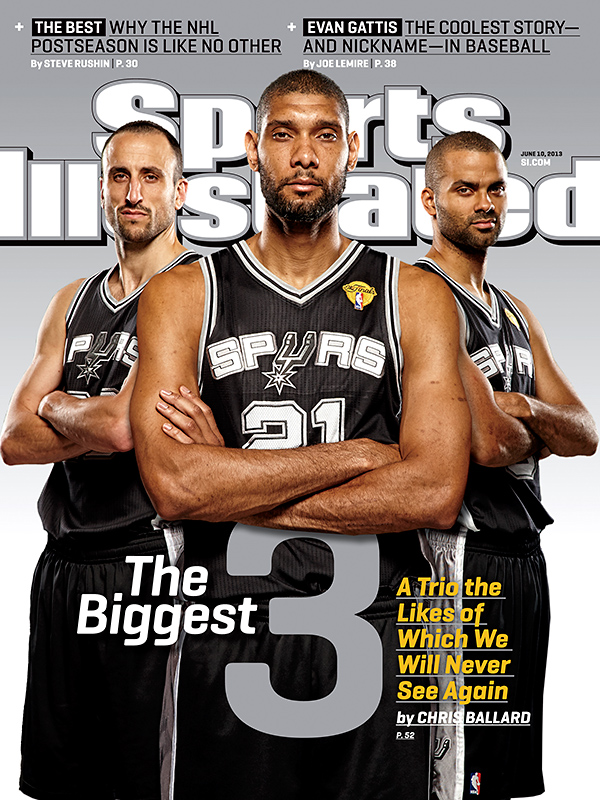 With the NBA Conference playoffs nearing completion and the Spurs already a lock for the Finals, I got a call from Brad Smith, the Director of Photography at Sports Illustrated, asking if I could quickly get to San Antonio. Tim Duncan, Manu Ginobili, and Tony Parker rarely if ever pose together, but had reluctantly agreed to pose for an SI cover which would come out a couple of days later, to coordinate with the beginning of the finals.

Andrew Loehman, a great digital tech/assistant from Austin agreed to sacrifice his Sunday and help us out, and gathered additional gear from Taylor Jones of Texas Grip in Austin. Loaded for bear, Andrew and his wife Chrissy met me in Austin early on a Sunday morning before Spurs practice to scout potential locations.

We knew we would have a mere 5 minutes with the Spurs “Big Three” so we wanted a location from which we could coax multiple looks. Unfortunately, the Spurs Sunday practice was slated for their practice facility, not the arena where they normally play. At the arena, setting up multiple backdrops and lights would be no problem, as there is ample space off the court, under the stands, in high bay loading docks, etc.

The practice facility, though very nice for basketball operations, had no such wide open spaces, and network crews had already commandeered the limited available real estate to shoot their NBA Finals introductions and promo spots for the upcoming TV broadcasts. 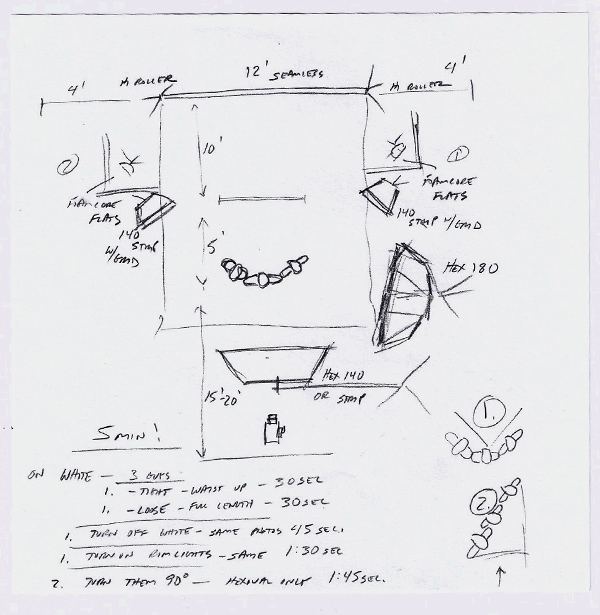 The original plan - note: we changed the V-flats out and just used the strips.

It had rained heavily that morning, so outside was not ideal either, although we had a cool corrugated metal wall picked out that would have worked well. Then we saw it…next door to the facility, across a parking lot, was the world’s greatest parking garage! It was the world’s greatest because it was empty and had a 12-14 foot high ceiling – which I’ve never seen before. It would make a great studio. With the help of Spurs PR man Tom James and Facility supervisor Julio Rodriguez, we were able to set up in the garage and prep for the shoot. Power was at a premium, but Julio saved the day (and our bacon) by finding additional avenues and helping us run long cables across the parking lot. We were all set. 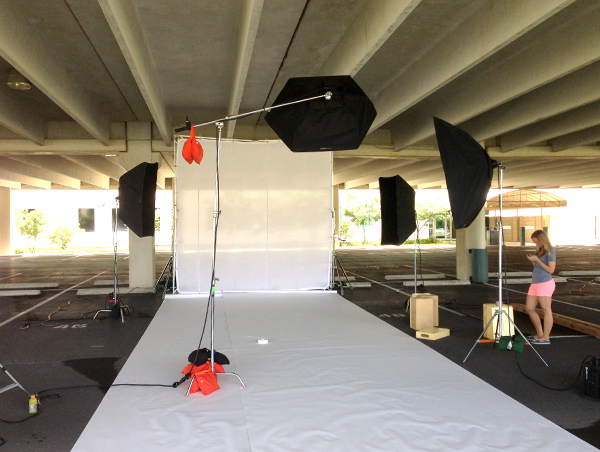 Brad had mentioned how much they wanted a white background for the shot, so we elected to set up a big Matthews 12 x 12 as our backdrop. We did this instead of just seamless, because it was much more stable in case a gust of wind came through the open garage. We used the seamless for a white floor, and rolled it back to where the silk began. It would require a minor retouch if we shot full length, but it was the safest solution.

Giving the art director options is always a good thing, so we set up our lights so that they could serve dual purposes. Normally, we would set up large foamcore V-flats and stands with regular reflectors bounced into them to light the white background. We decided instead to use two Plume Wafer 140 Medium strip banks to light the white silk from each side. If I turned them off, we would get the same shot with a medium gray background. Then, if they were turned back toward the subjects with Lighttools grids inside, we would get a rimlit version with a black background. Andrew, with the generous help of his lovely wife Chrissy, would drop in a black 8 x 8 Westcott Scrim Jim to make sure the background went black.

So essentially, without moving our subjects, we got six different setups:

(reposition players in a row)

We used two different key lights: A Plume Wafer Hexoval 140 on a boom for most of the shoot, and then a Wafer Hexoval 180 on camera right for the final photo. All of the lights were Profoto: 7A 2400’s for all but one light, which we had to substitute a 7B for when we ran out of power. 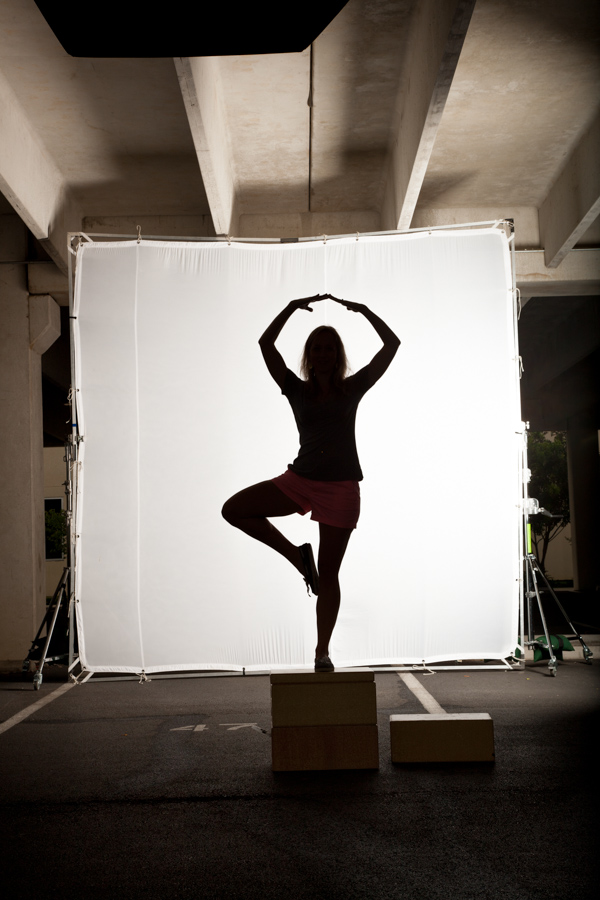 Chrissy filling in while we were testing our backlights.

We practiced several times and made careful calculations to determine the number of apple boxes each player would have to stand on to be in the appropriate position. We then choreographed the shoot, making several dry runs in sequence so we would be smooth when the players arrived. We would start with the rimlit gray, then add the black 8 x 8 solid for the rimlit black, then flip the strips around 90 degrees and remove the grids for the all white background, and finishing with the sidelit big Hexoval shot…..all in five minutes!

Soma is defined as effective one for short-term treatment. Please consult with your attending doctor if it is the best choice and remember that it is prescription-only. In terms of quality on website https://buysomapillsonline.com it is proved from our side. Long-term cooperation with the providers brought confidence in them.

The players arrived after practice and we actually got a rare smile out of Duncan, who is normally quite reserved. His kids came with him, and after sharing photos with them on the camera lcd screen, they climbed on my back and were making bunny ears behind my head to get their dad to crack a smile. It was a blast, although tough to keep horizons level when you’re being climbed like a tree.

I rushed back to Houston to file, (you know you're in a serious rush when you pass both Bucee's AND Luling City Market BBQ without stopping!) SI Creative Director Chris Hercik whipped up an awesome cover within a few minutes of receiving the photos, using a cool spot-color silver treatment which went great with the black and silver unis. 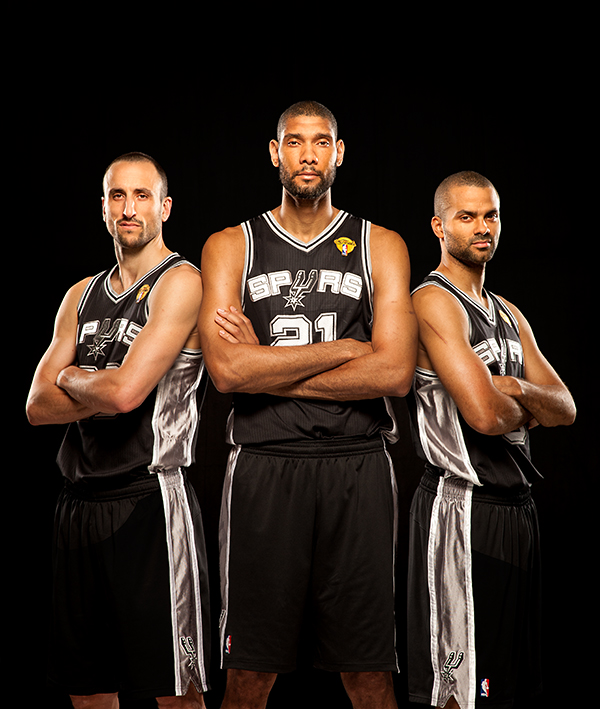 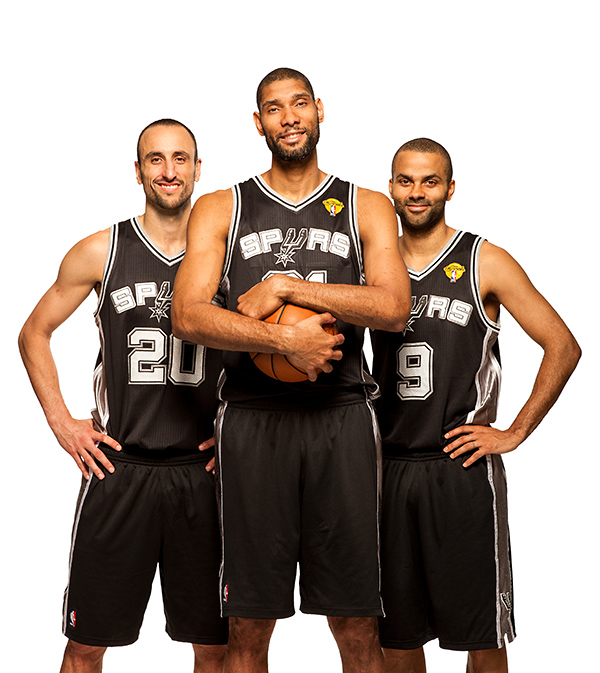 The white background setup with a smiling Duncan. 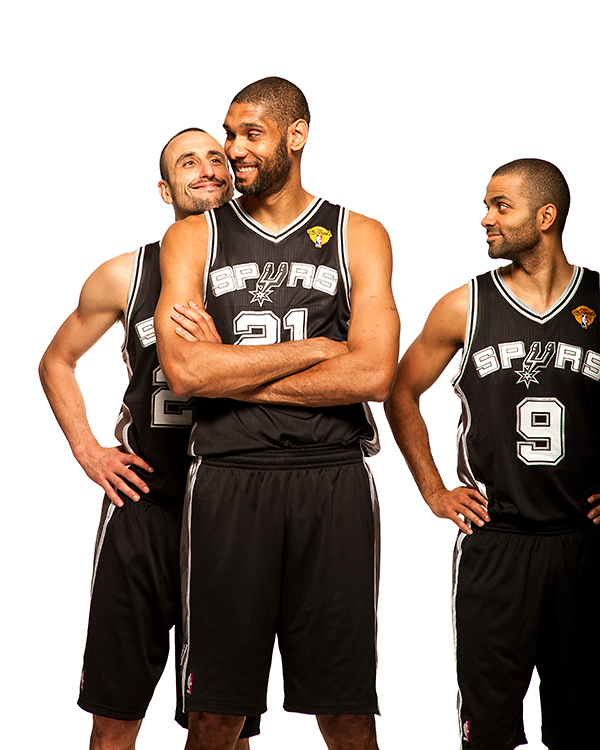 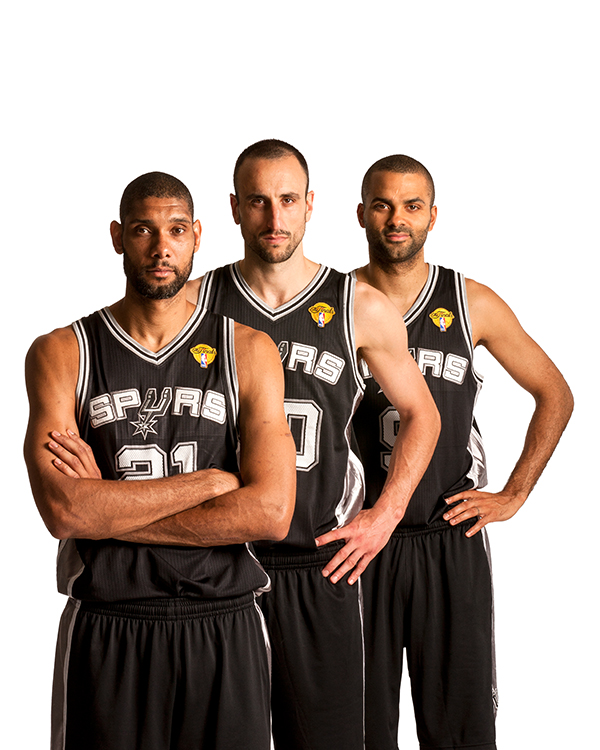 The last shot with a Wafer Hex 180. We shot this with white, gray, and black backgrounds.